On the last night of the cruise, a farewell party was organized by the crew of the ship. It was mainly song and dance, but most of the passengers seem to be having a good time. The crew members though had probably done the same routine a million times and were trying very hard to keep up their enthusiasm. Full marks for the effort ! 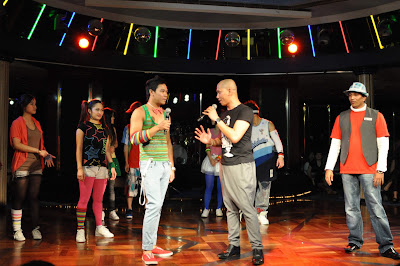 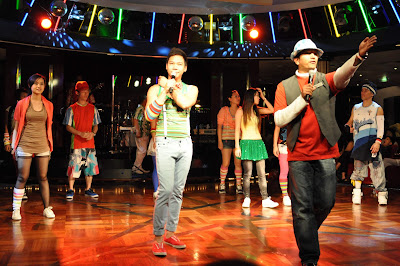 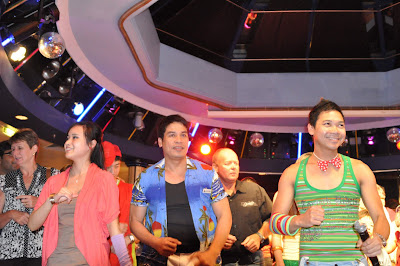 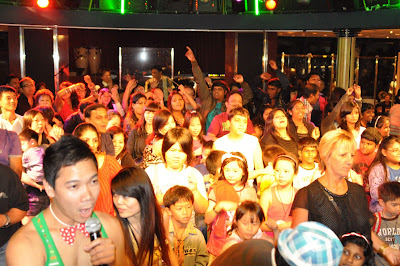 Before the farewell party there was a magic performace by the "Big Bad Philippart". Philippart has probably seen his better days, but the show was quite enjoyable mainly from the audience participation. 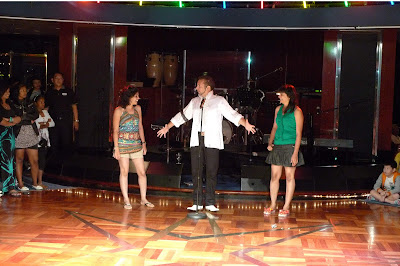 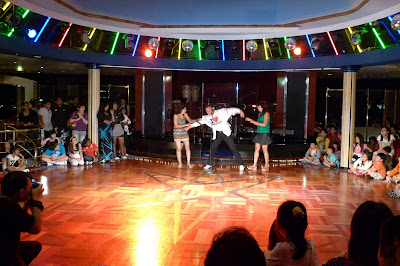