Humayan's Tomb is one of the most impressive monuments in Delhi. It was commissioned by Mughal Emperor Humayan's first wife and chief consort, Empress Bega Begum. Architects and artisans were brought in from Persia to work on the structure. It was also one of the first buildings in India to be set within a formal landscaped garden. 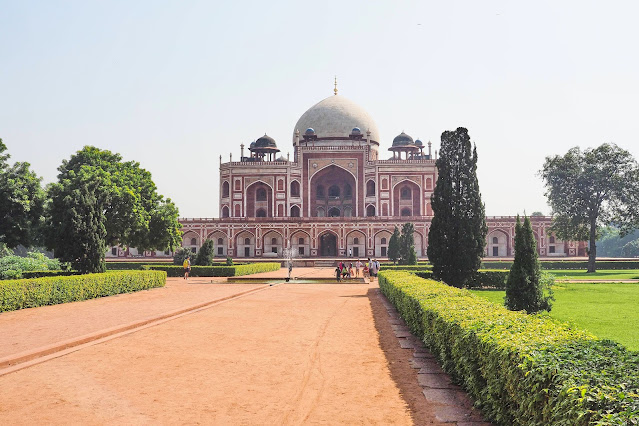 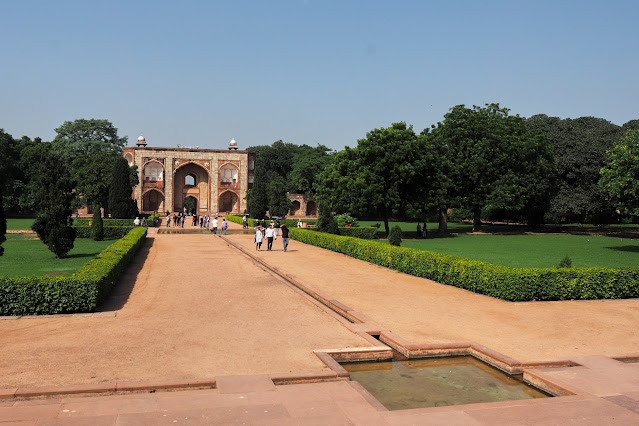 You may see that the building looks quite familiar - isn't it very similar to Taj Mahal? In fact Humayan's Tomb was a very influential building at its time - and many subsequent buildings used it as a model and inspiration - including the Taj Mahal. 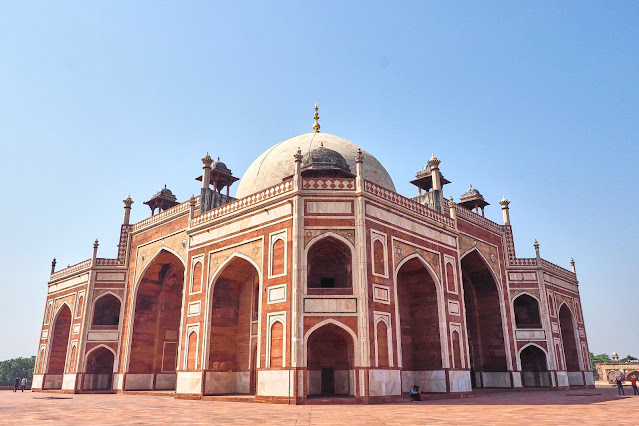 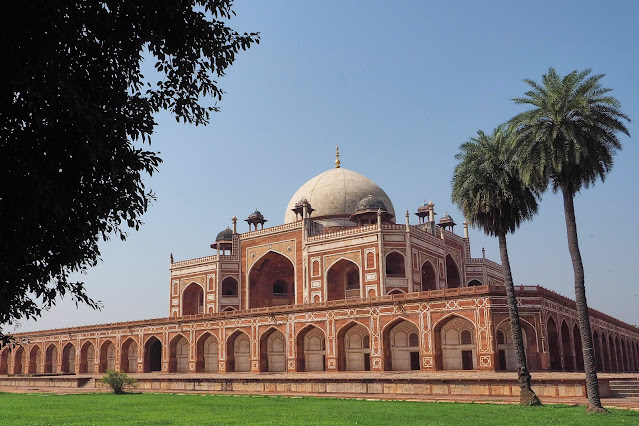 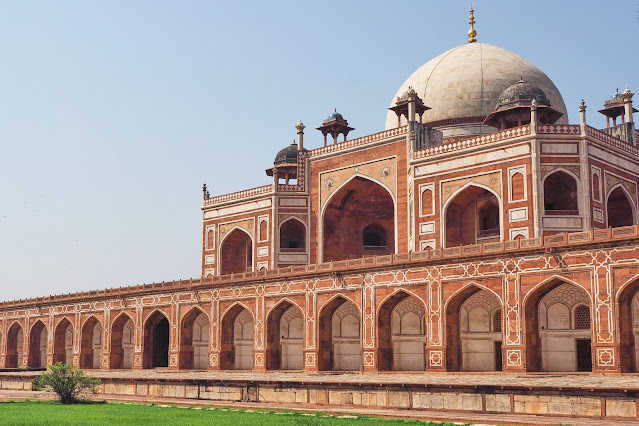