In many ways, Chandni Chowk reminds me of the Hutongs in Beijing. But while the Hutongs have been generally cleaned up and sanitized to appeal to the tourists - Chandni Chowk seems to wear its chaos and grittiness as a badge of honour.
Visiting now - it is easy to forget that these were neighbourhoods which developed around the seat of power - and grew to serve the needs of the royal families and its populace. As the Mughal empire crumbled - so have the area fallen mostly into disrepair - while miraculously remaining a living and breathing urban ghetto. It seems like the seed of the problem is rampant illegal construction - which the Government is trying desperately to manage.
Being an area that used to be occupied by court officials and elites of the Mughal Empire - it is not surprising that there are lots of hidden gems amidst the squalor. In fact, there are many old "Havelis" in the area - Mughal mansions that used to accommodate the elites. These are not modest houses but can be as elaborate as a palace. Haveli Dharampura is a boutique hotel that has been developed from one of these Havelis. The crumbling structure has been lovingly restored and is now a stunning showpiece. 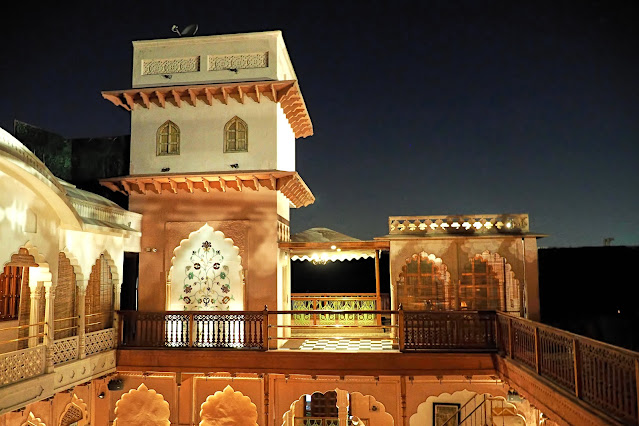 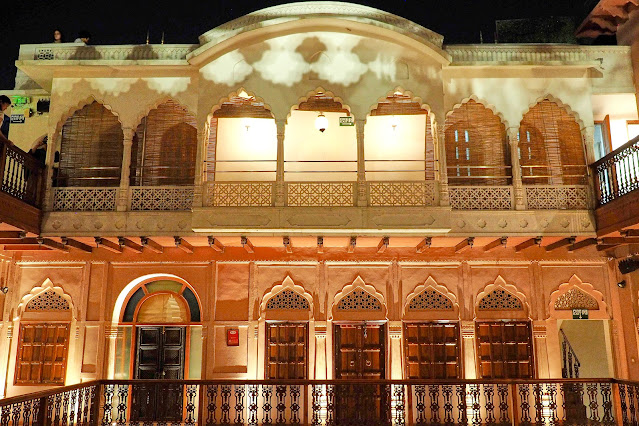 Like many Asian mansions - the Haveli has a central courtyard. Balconies and terraces surround this courtyard and serve as the main circulation spaces. At the top of the building is a roof terrace which offers views over the surrounding area - and you can see Jama Masjid in the near distance. 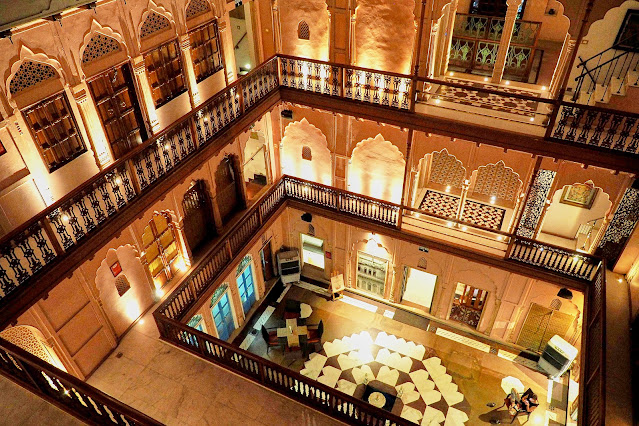 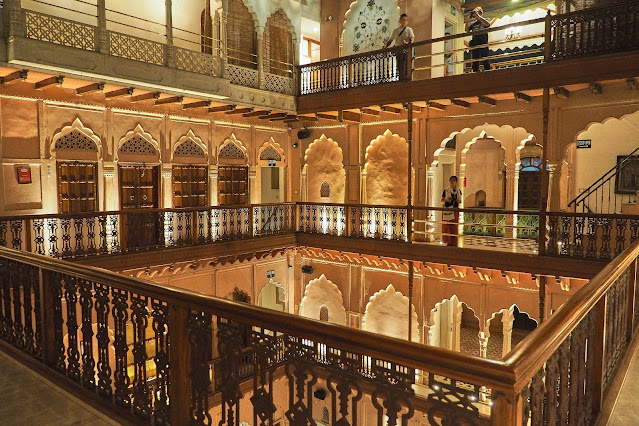 This old building was lucky to find a new owner who had the vision, patience and financial means to restore it to its present glory. It could not have been an easy task. Hopefully the other Havelis in Chandni Chowk will be just as lucky. 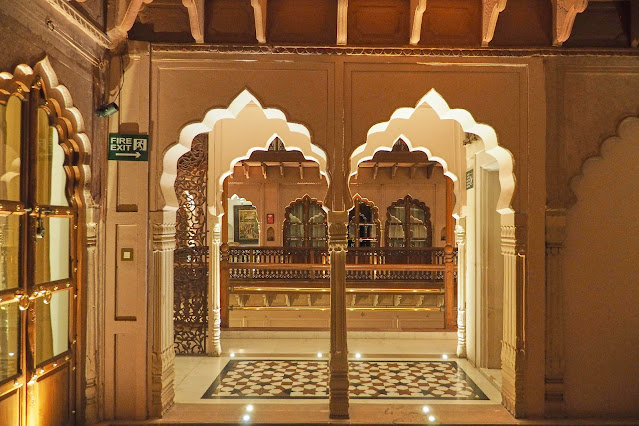 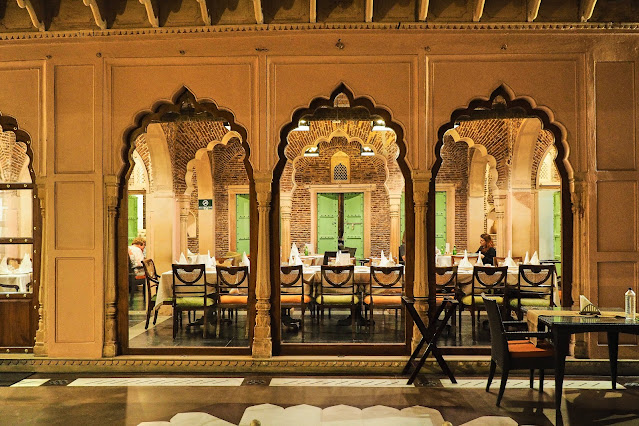