The Edifici Forum (Forum Building) is a huge triangular building at the tip of the Diagonal Mar District. It was designed by Swiss architects Herzog & de Meuron. From the ground, you can't really see the triangular shape - but google it and you can see the wedge-shape building quite prominently on Google Map. 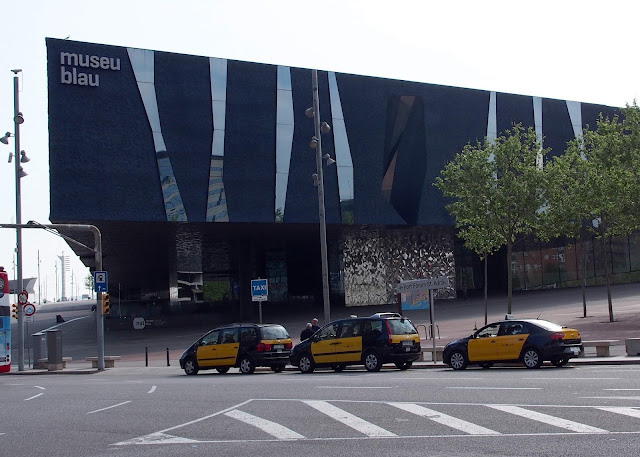 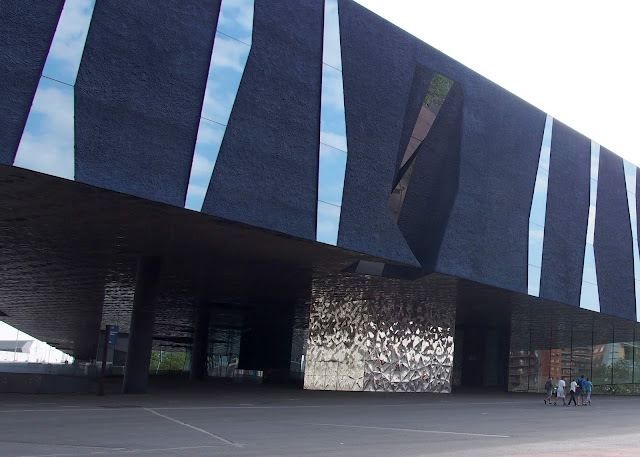 The building was designed to house a large exhibition organized by the city council in 2004 - the Universal Forum of Cultures. It is now a multi-functional building with an auditorium, exhibition space and museum - the Museu Blau which is a museum of natural sciences. 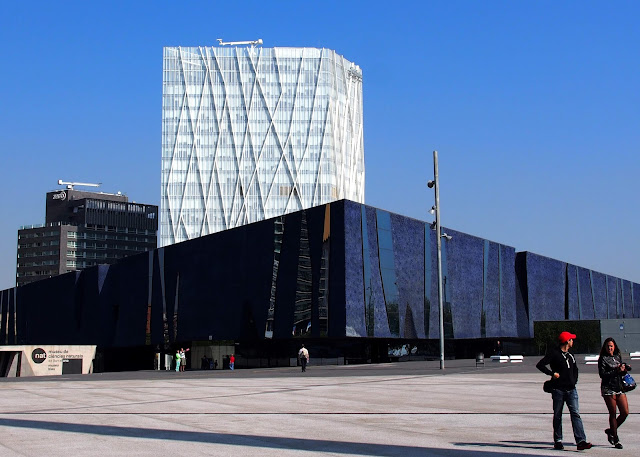 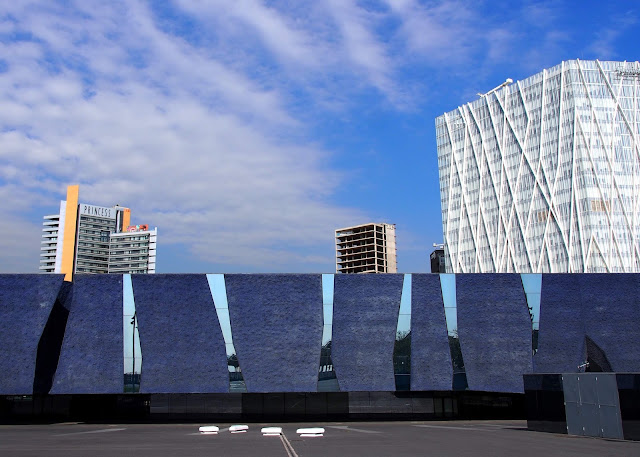 The building appears to float off the ground and covers a large open public plaza at the ground level. 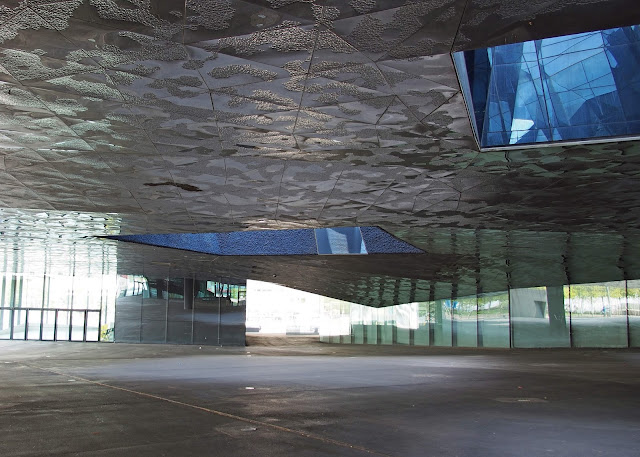 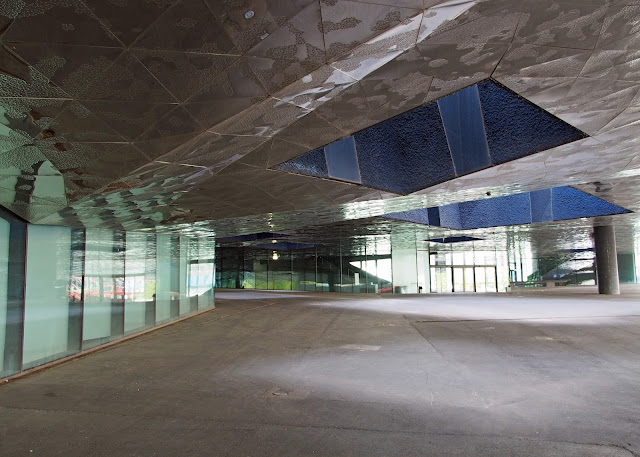 The facade of the building is covered in blue textured concrete, punctuated with voids and glass windows in jagged geometry. 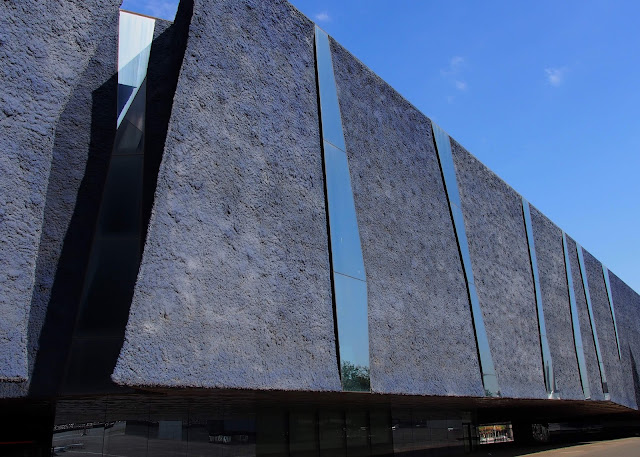 The most interesting feature of the building is a series of light wells that punch through the building - letting light into the plaza. Each of the voids is slightly different. 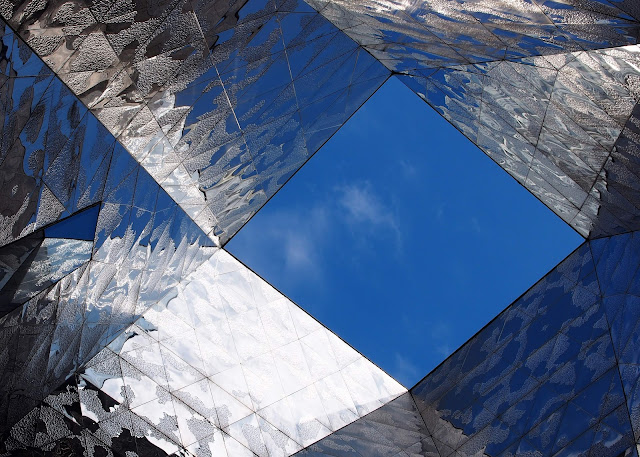 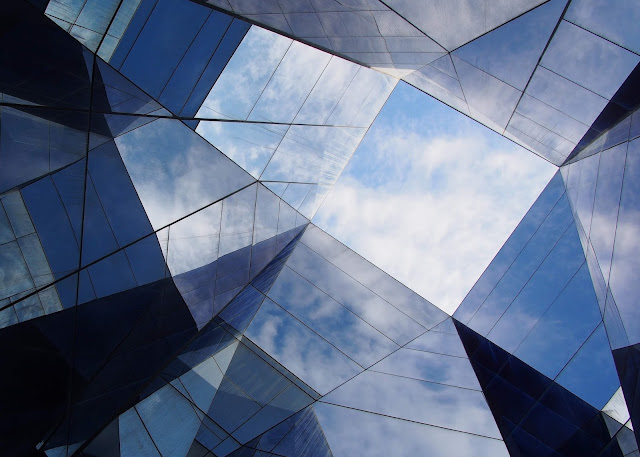 When the building was under construction, there was a lot of controversy surrounding its unusual and eccentric design, problematic construction and enormous construction cost. Since its opening though the building has slowly grown on the Barcelonians, adding to its interesting architectural landscape.