Casa Mila - commonly known as La Pedrera, is another masterpiece by Antonio Gaudi. This was his last work before devoting himself to the Sagrada Familia. It was built for a wealthy couple - Pere Mila and Roser Segimon. Located at the swanky Passeig de Gracia - the land alone would be worth a fortune today. The building was declared a UNESCO World Heritage in 1984.

The facade of the building is its most distinctive feature - being devoid of straight lines. The curved windows and wrought-iron balconies were designed by Gaudi's collaborator Josep Maria Jujol. Unfortunately when we visited the whole facade was under restoration and covered by scaffolding and canvas. 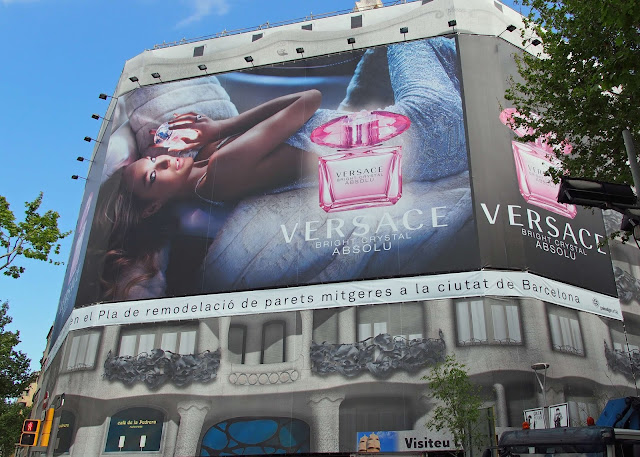 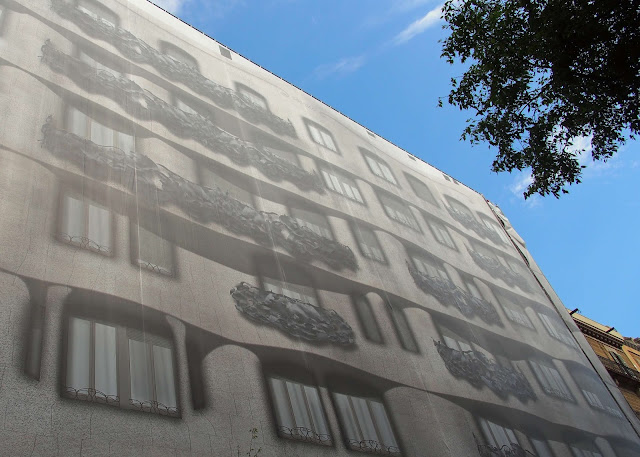 The building has been painstakingly restored and it is a joy to visit in person. 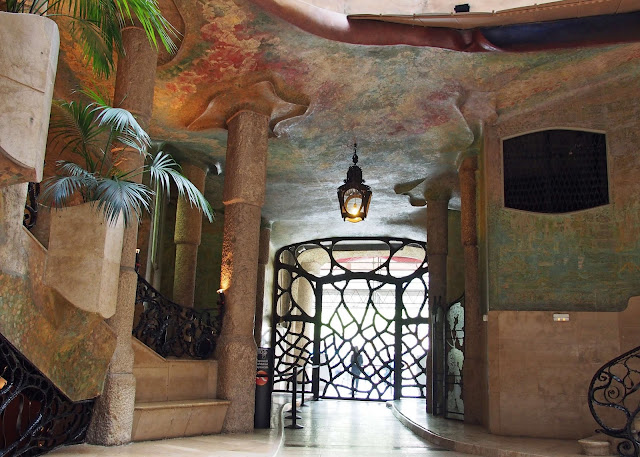 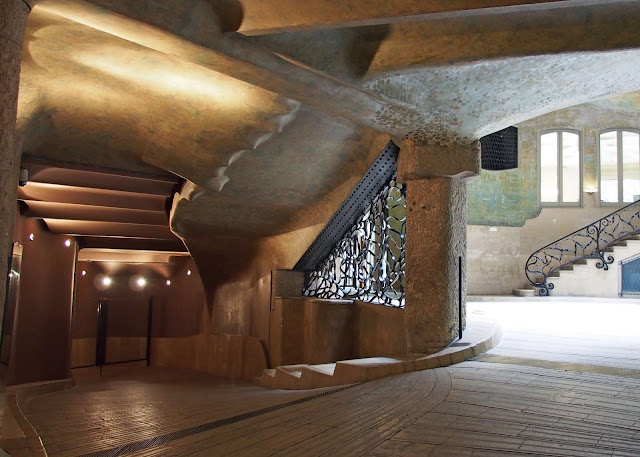 To bring light into the centre of the building, Gaudi introduced 2 large oval courtyards. 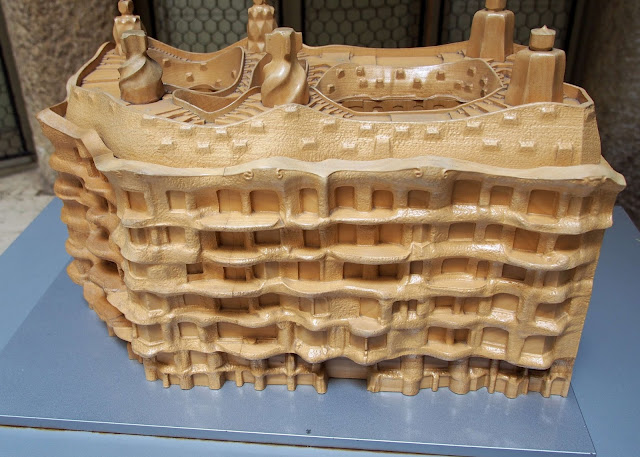 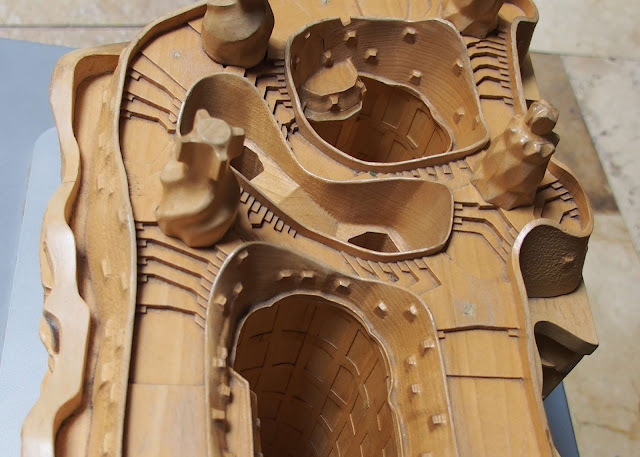 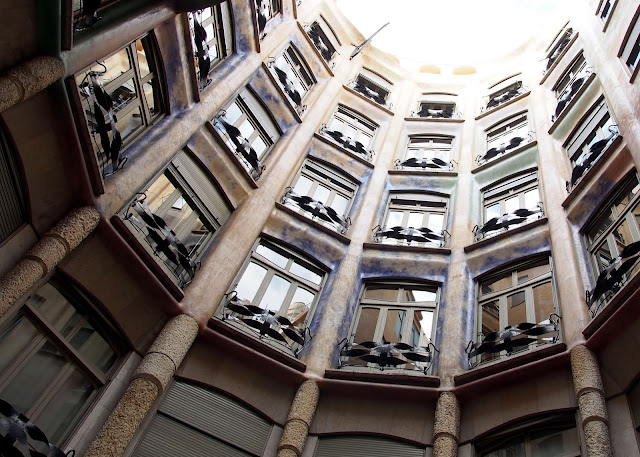 The most interesting feature to me was the rooftop. The genius of Gaudi can be seen in how he designed such a small and restrictive space into a wonderful architectural landscape. The inventive designs of the chimneys are another highlight. 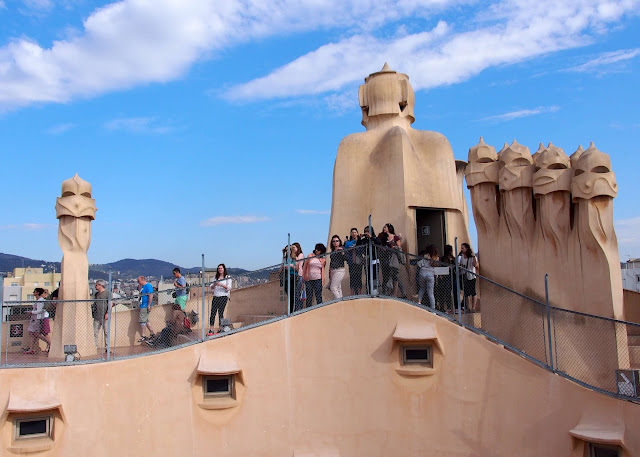 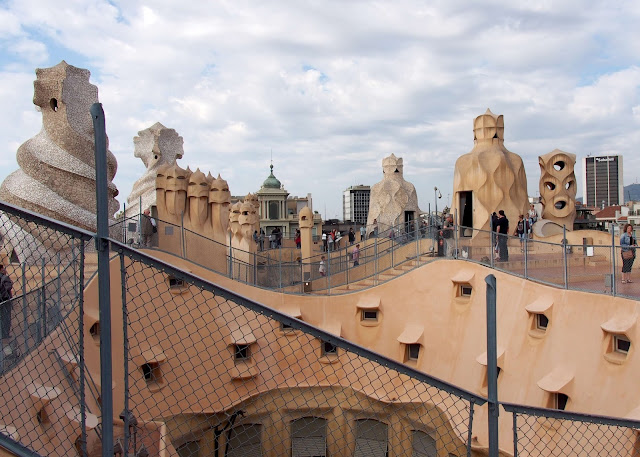 Under the roof is a loft space that used to be the laundry. It is now an exhibition space and here you can see the ingenious structural system used by Gaudi to create the undulating roof form above. 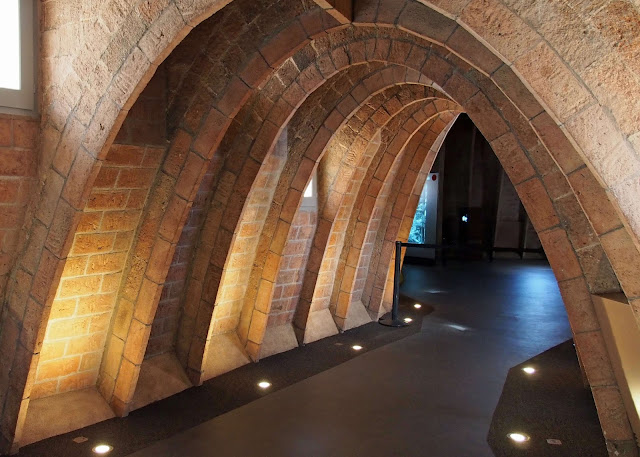 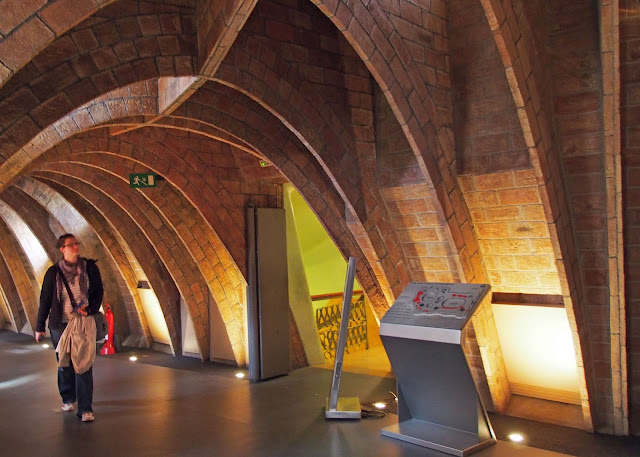 The apartment on the top floor is open to visitors and showcase the interior designed by Gaudi in the Art Nouveau style. 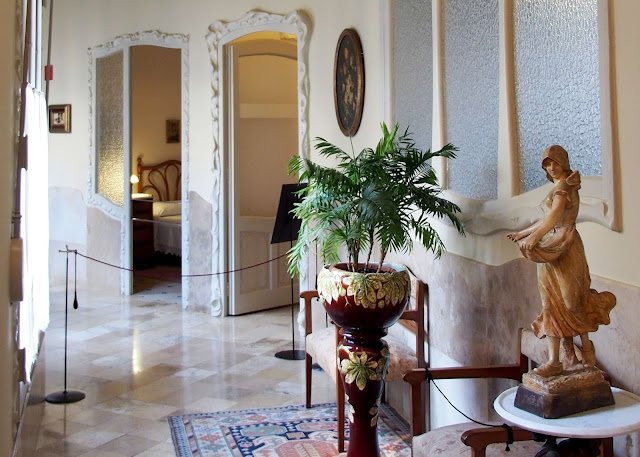 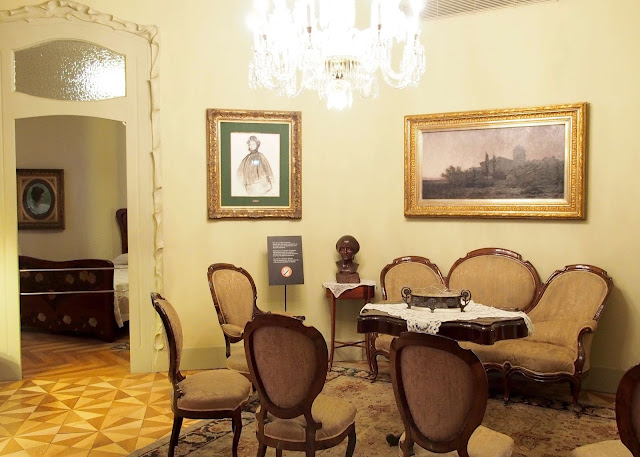 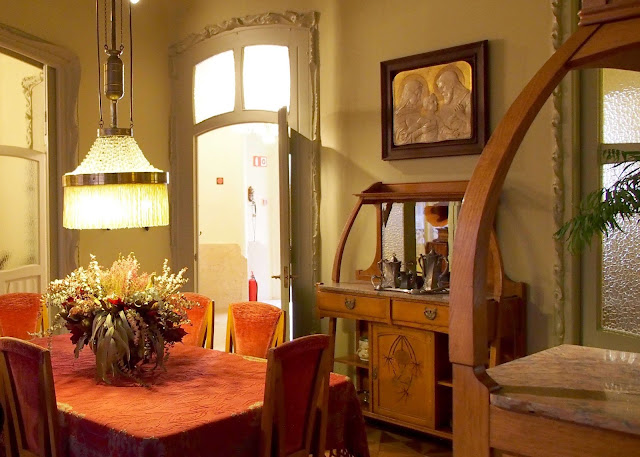 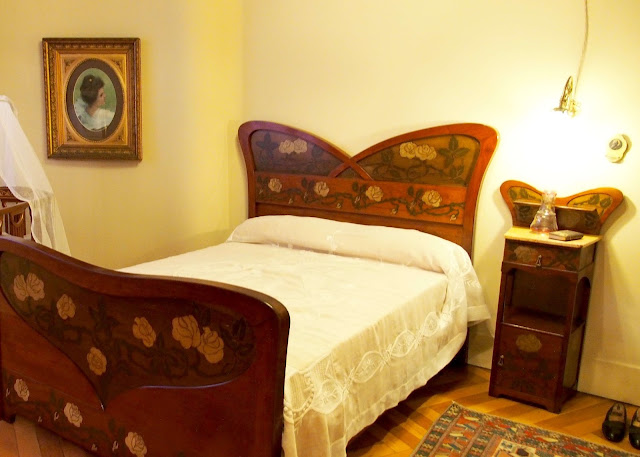