While visitors to Madrid would mostly concentrate on the old town, Madrid also has its modern side. One of the most prominent modern districts is the area called Cuatro Torres (4 Towers). Here you will see 4 skyscrapers designed by big-name architects around the world. Henry Cobb, Cesar Pelli and Norman Foster each designed one of the buildings, with the fourth tower by a Spanish architect. The names of the towers are Torre Caja Madrid, Torre de Cristal, Torre Espacio and Torre Sacyr Vallehermoso. Can you guess which is which? 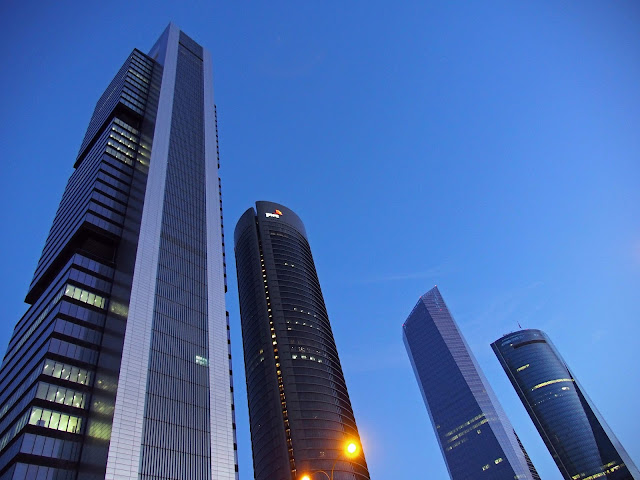 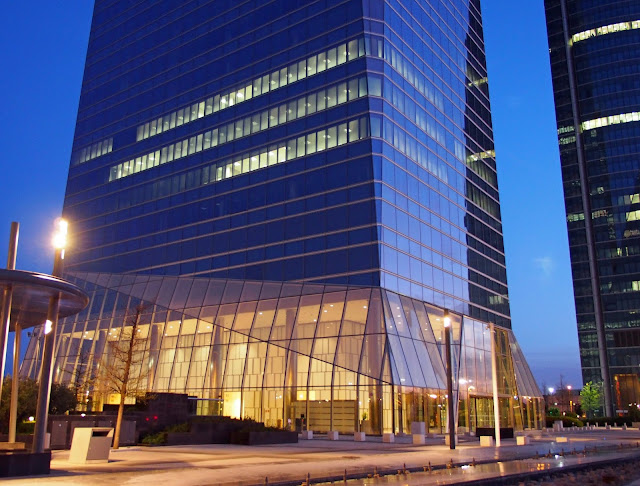 As a group, the skyscrapers are no doubt impressive. Individually however they just look like the countless number of office towers around the world - without many distinctive features. 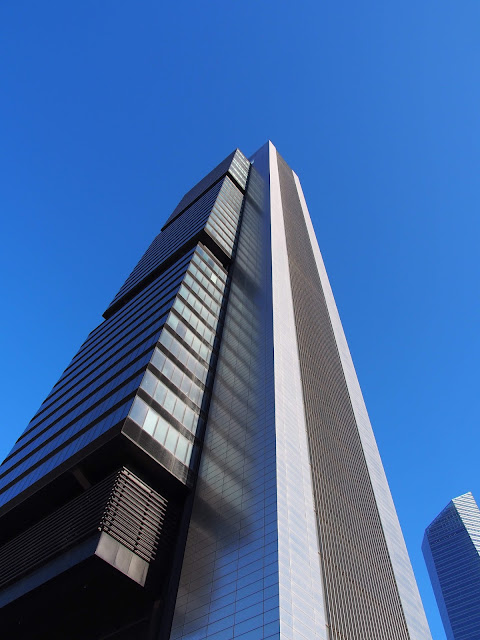 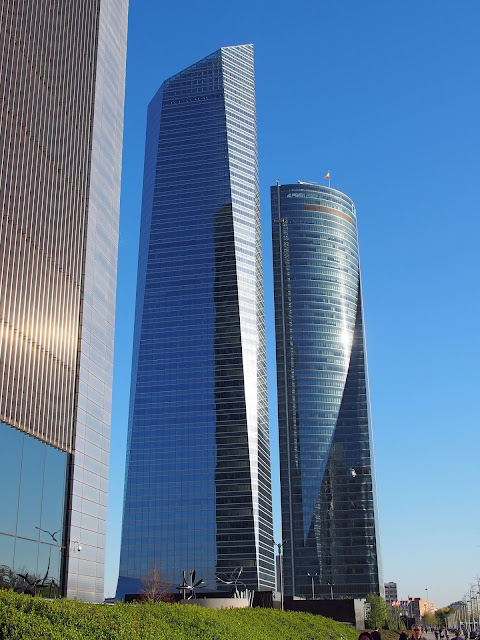 The Cuatro Torres is near the Chamartin Train Station,  and you get some of the best views from the station. 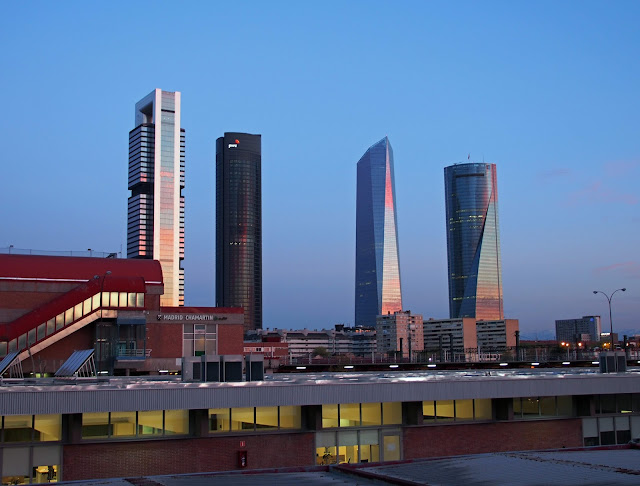 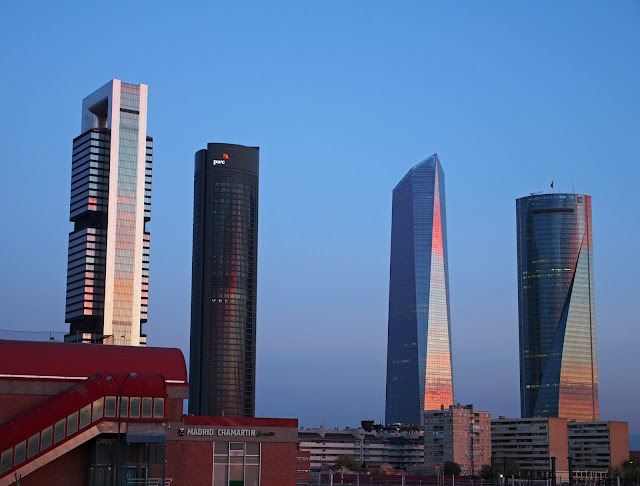