Cafes in Kuching are cropping up in some unlikely places. One of the news ones - Coffee Factory - is in a stand-alone building along the Kuching-Serian Road, at around 9 miles from Kuching City. You would not expect a cafe to crop up here, but it has. 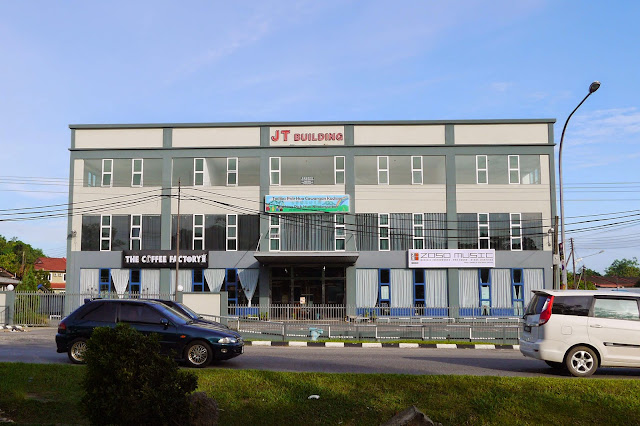 Coffee Factory occupies half of the ground floor of the building - so it is a fairly large space. The high ceiling also allowed them to build mezzanine floors for additional seating space. A large island serving counter occupies the centre of the venue. 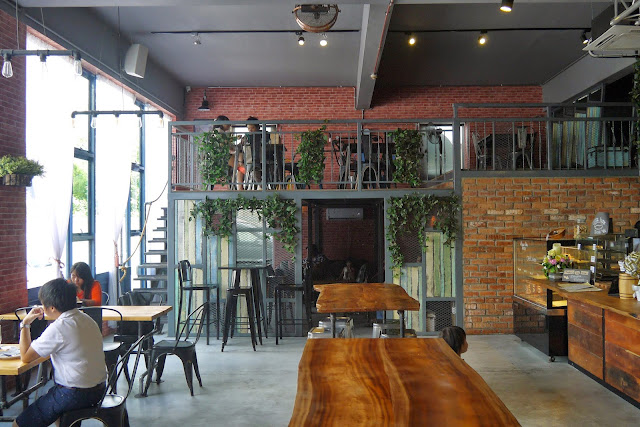 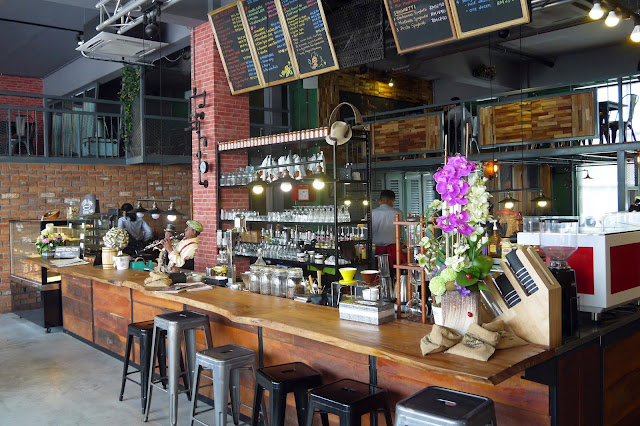 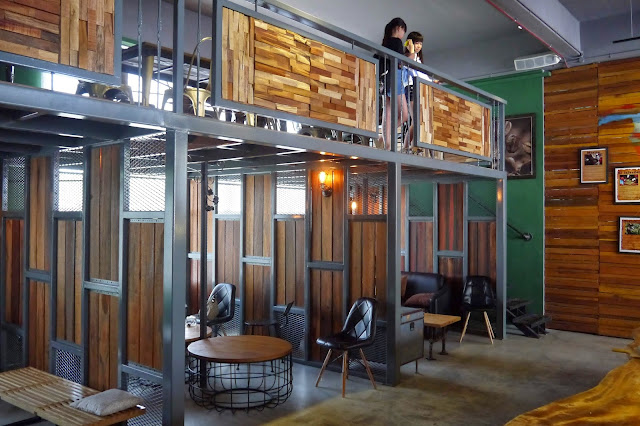 The decors attempts at the popular shabby-chic aesthetics which is de rigueur right now. They have succeeded to a certain extent - though the printed brick wallpaper on the columns was a wrong note to an otherwise pleasant space. 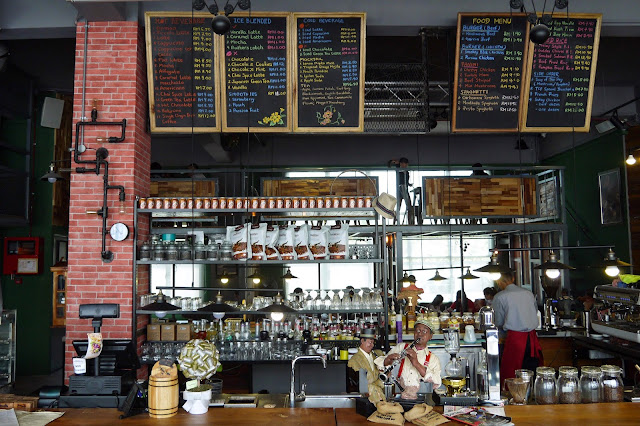 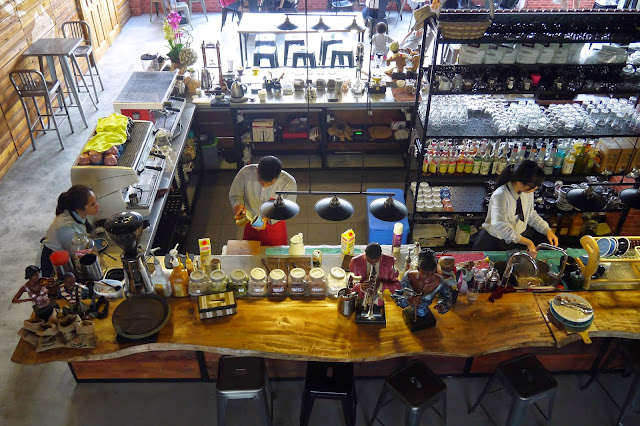 Besides coffee, they also serve light meals. It is a mixture of cafe food such as burgers and sandwiches, and some local fare.

We ordered an Ice Cappuccino and a Peach Smoothie. The coffee is good - a strong roast with a distinctive coffee taste. The Smoothie was a great thirst quencher on a hot day. This is a nice cafe with a nice ambiance and a friendly casual vibe. It will be interesting to see how well it will do in the long run given the odd location.