While Shinsaibashi is the mecca for shopping in Osaka, Dotonbori is the mecca for entertainment and food. Running perpendicular to Shinsaibashisuji, Dotonbori is right at the centre of Osaka City. It runs parallel to the Dotonbori Canal which was built in the 1,600s. The street is about 600m long and lined on both sides with all kinds of restaurants and food outlets. You can get the famous Japanese street foods okonomiyaki (Japanese Pancake) and takoyaki (Octopus Balls) here, the regular sushi and ramen shops, as well as Fugu fish restaurants for the more adventurous and fearless. 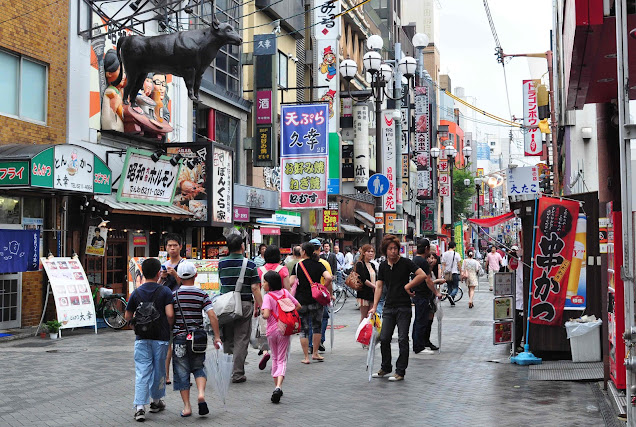 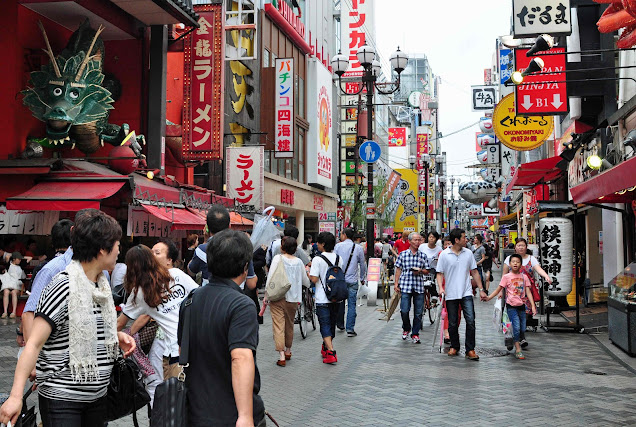 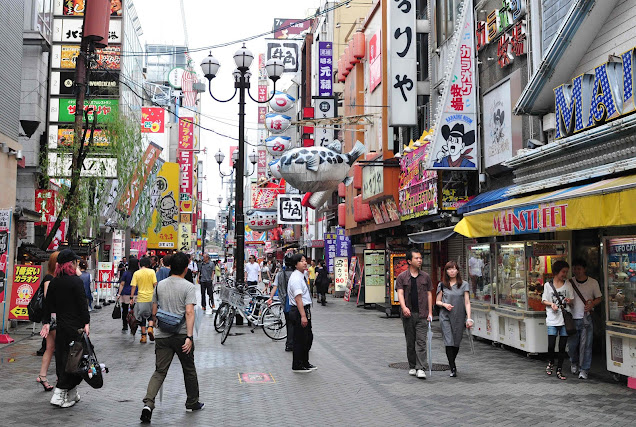 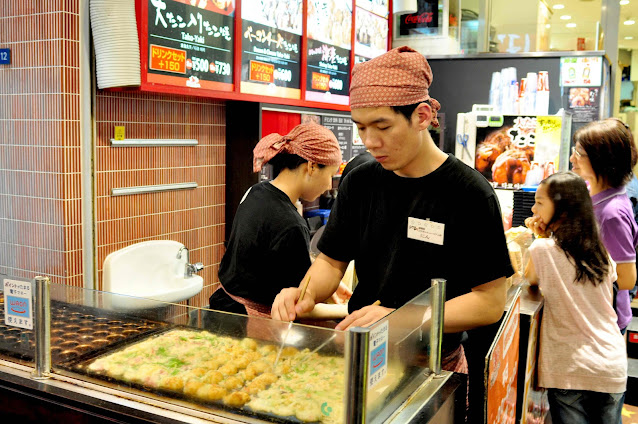 Running parallel to Dotonbori is the Dotonbori Canal. Many of the restaurants have large windows that look into the Canal. The sight is not exactly pretty, but the attraction of water is universal. 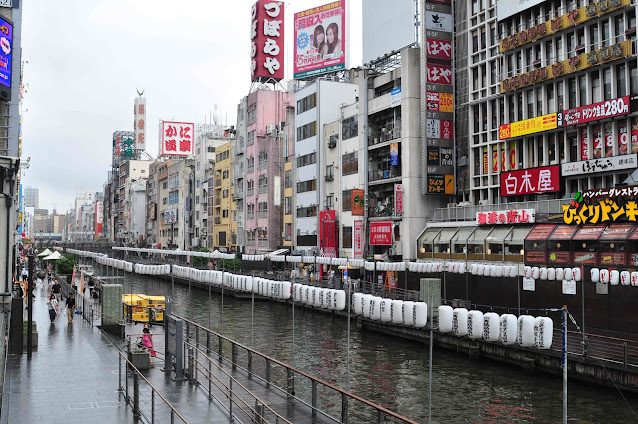 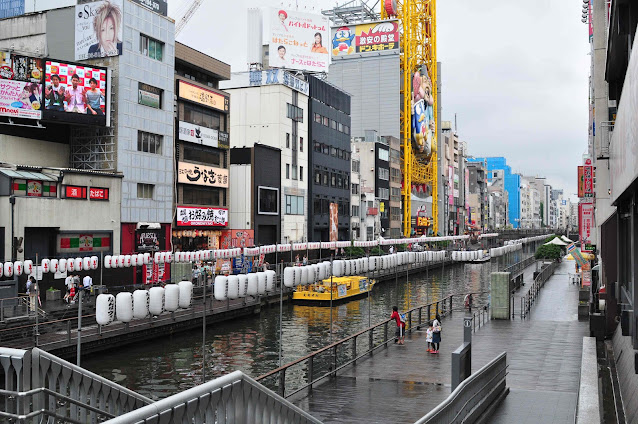 As there are so many outlets here, competition is fierce. Most of the restaurants try to outdo each other by putting up huge, colourful, and sometimes bizarre signages, which have become a trademark of Dotonbori and made it into the tourist magnet that it is today. Many credit Kani Doraku - a crab restaurant with a giant mechanical crab over its entrance, for starting the trend. 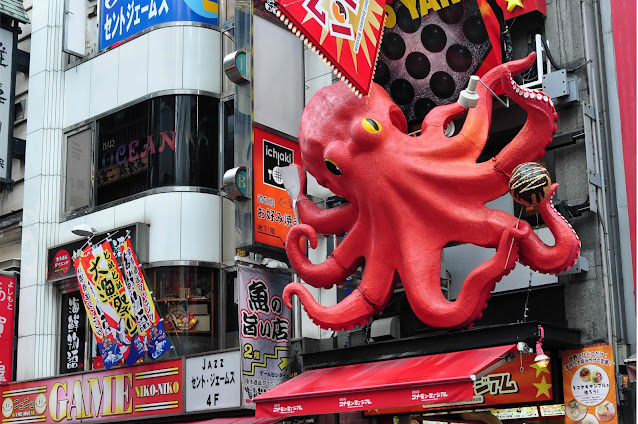 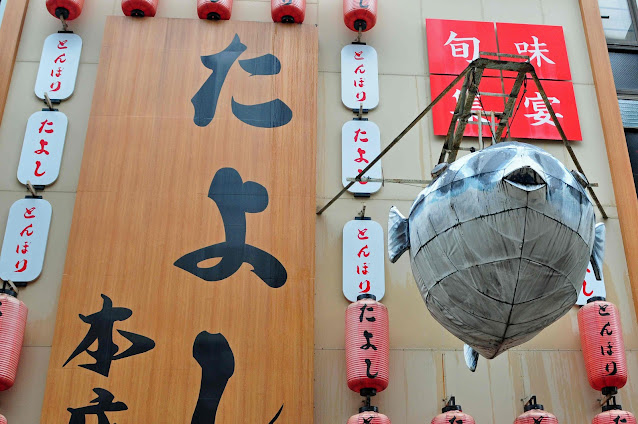 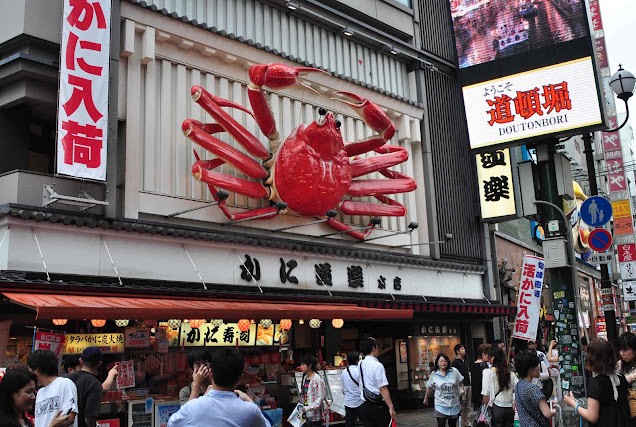 They have an unusual way of promoting the outlets here. You often bump into young girls in uniform handing out packets of tissue, with the shops being promoted printed on the packets. Unfortunately, they are all in Japanese. 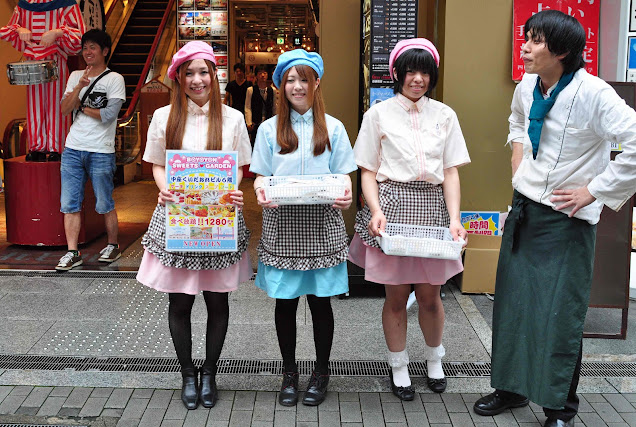 The biggest landmark in Dotonbori would have to be the Glico Man Sign. It's a 3-storey high neon sign next to the bridge that connects Shinsaibashisuji to Dotonbori. 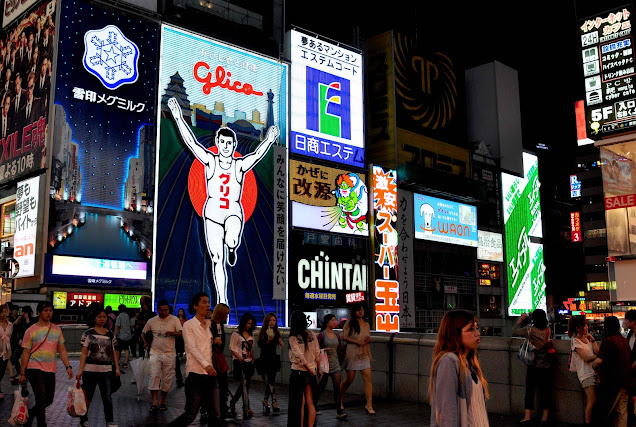