I was looking forward to a dim sum breakfast at the most famous dim sum restaurant in Ipoh  - Foh San Restaurant, but unfortunately plenty of other people had the same idea. The place was packed - as it was a Sunday morning and it looked like everybody who was anybody in Ipoh was at Foh San.

Disappointed, I went to a kopitiam nearby to get my dim sum fix. It turned out the be the surprise discovery of my Ipoh sojourn.

The place was called Wah Nam Cafe. It didn't come up in any of the research I had done on Ipoh prior to the trip. But it was really busy and doing brisk business, so something must be good. Feeling quite famished after the failed attempt to snag a table at Foh San, I ordered quite a few things to try. 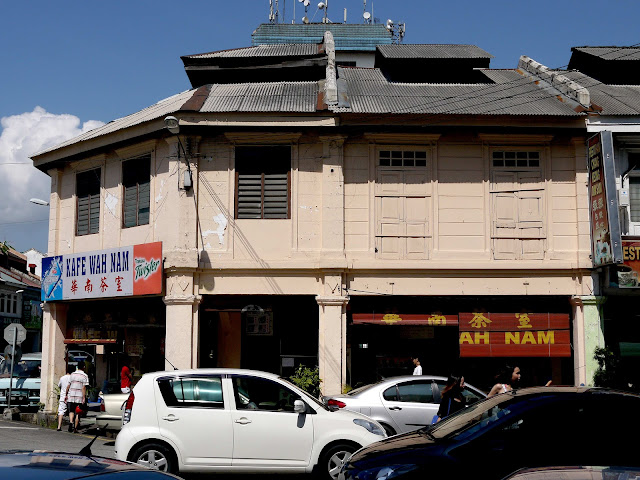 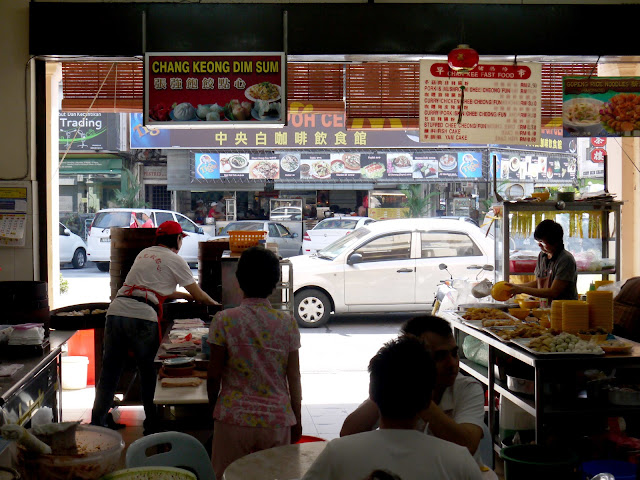 The Siew Mai was really good. The meaty filling was sweet and had a good texture. 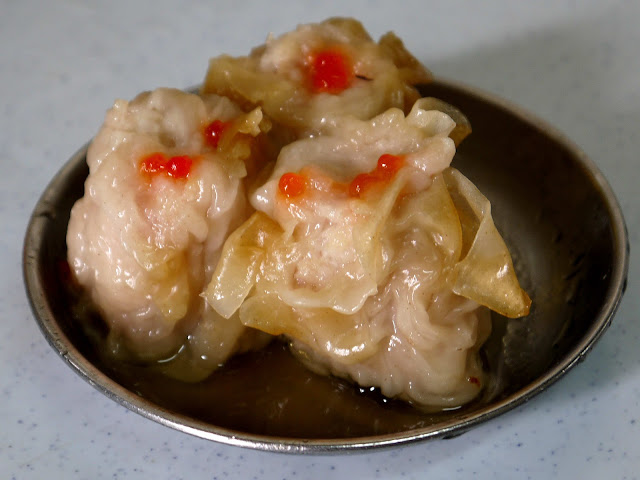 The Har Gao was less successful - the skin being too thick and chewy. 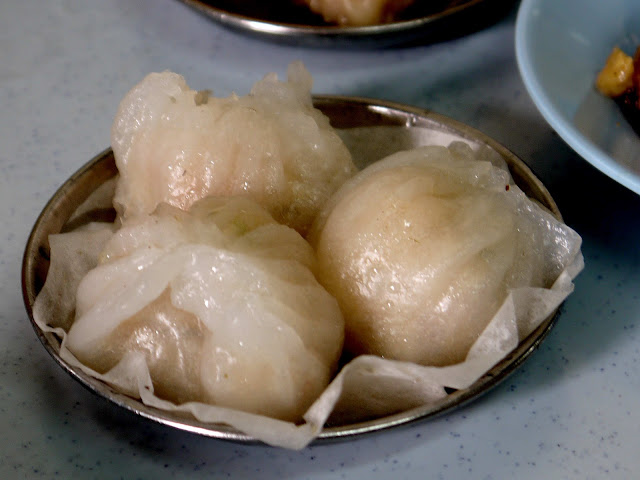 I liked the steamed Pork Ribs which had nice flavours. 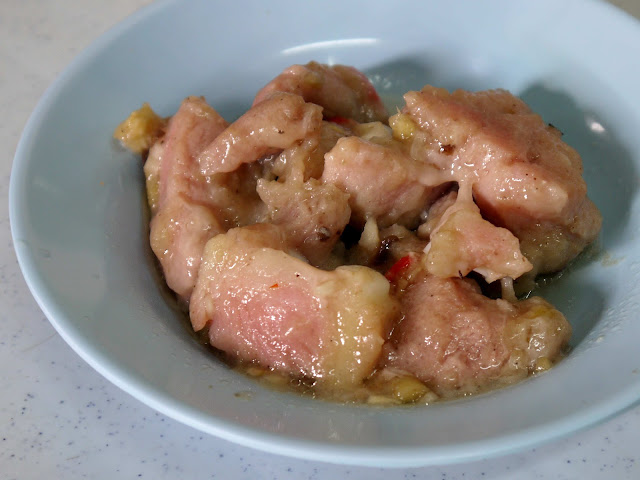 The Pan Fried Radish Cakes were just as they should be - crusty on the outside and soft inside - with a strong hint of white radish in the mix. 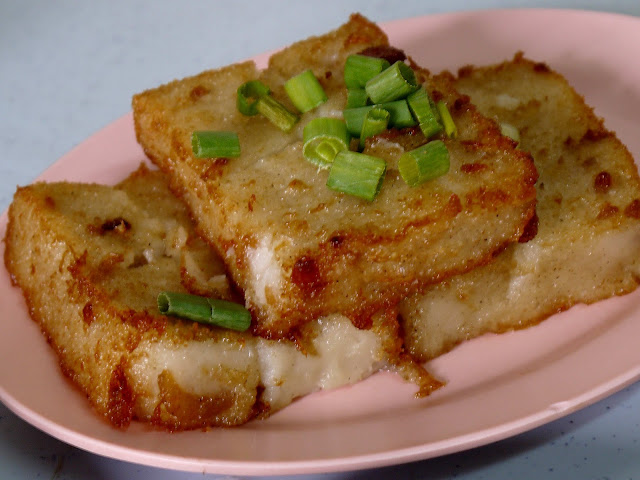 The best thing were these Giant Fish Balls. They looked ordinary from the outside, but inside they were stuffed with minced pork and prawns. Really delicious. 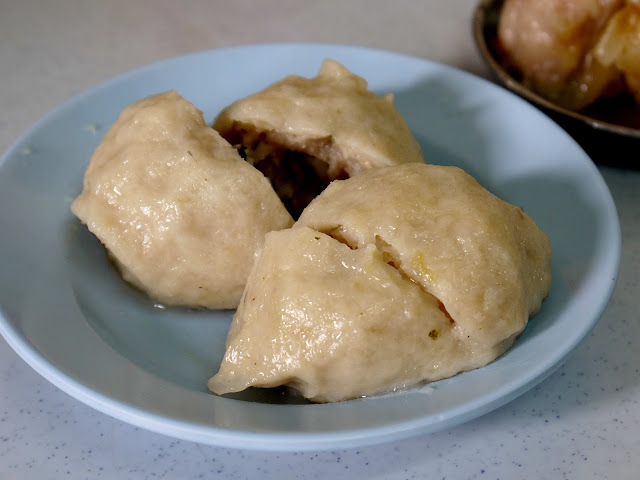 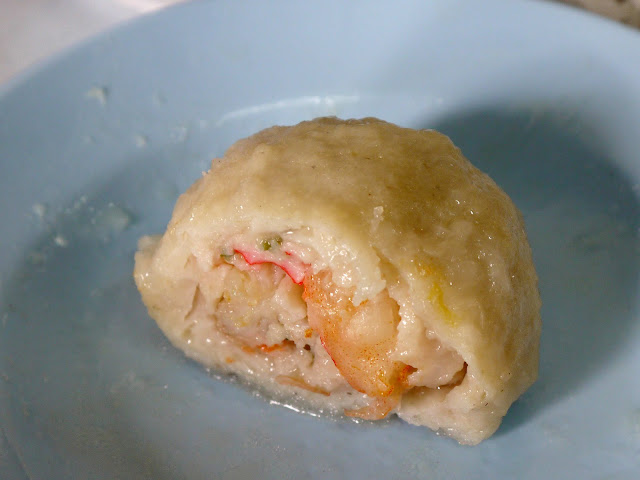 Washed down with a good pot of Chinese tea, it was a really satisfying dim sum meal. Was it because I was hungry? 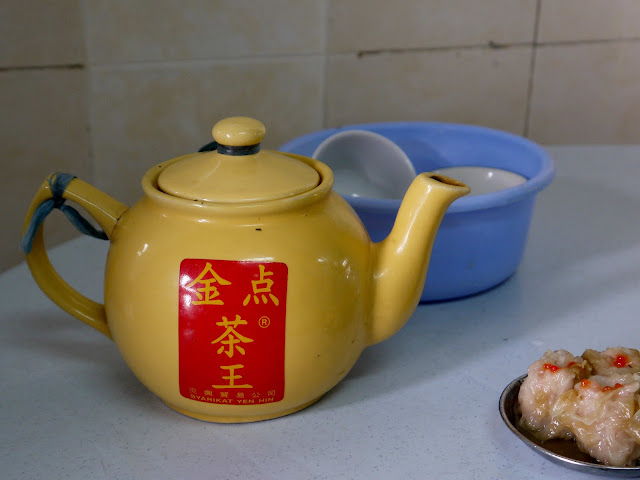