If you get around in Berlin mostly on public transport - sooner or later you will come across Berlin Hauptbahnhof. This is the main transportation hub in the City and from here you can connect to all the other major cities in Germany as well as all over Europe. The new station building was opened in 2006 after a long 10 year construction period.

The most impressive feature of the Station is its huge curved glass canopy which extends over 320 metres and covers the main station platforms. The structure is a space grid braced by tension cables. It is columnless and appears extremely light - an impressive feat of engineering. 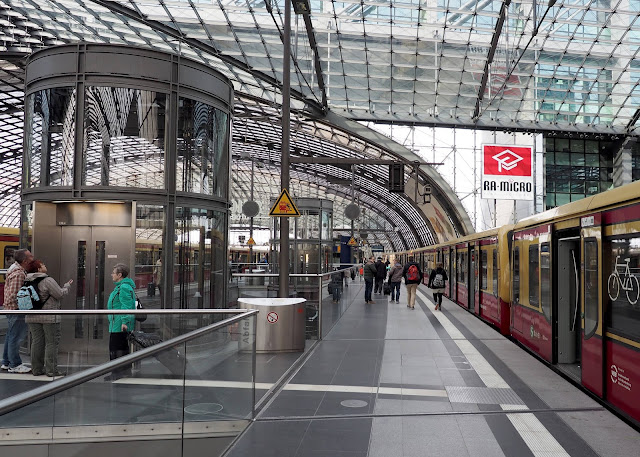 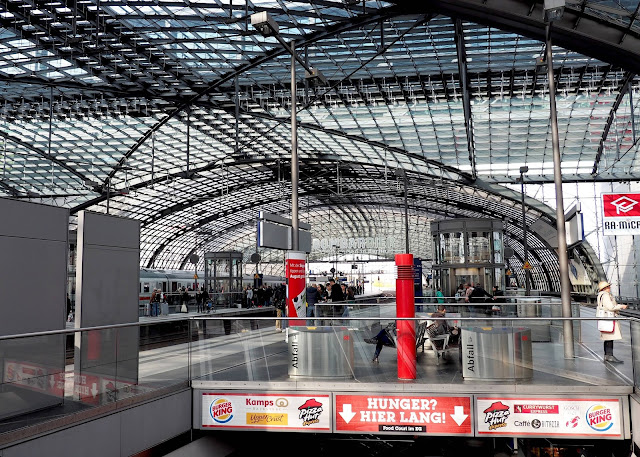 The station is also a full fledged shopping mall - in fact one of the biggest in Berlin, with many levels of shops, restaurants and cafes. 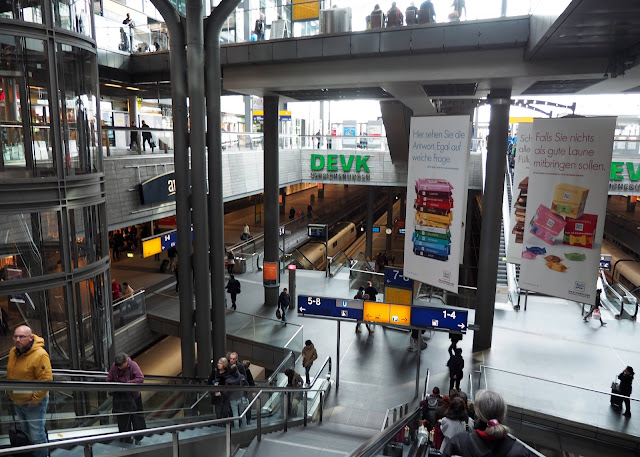 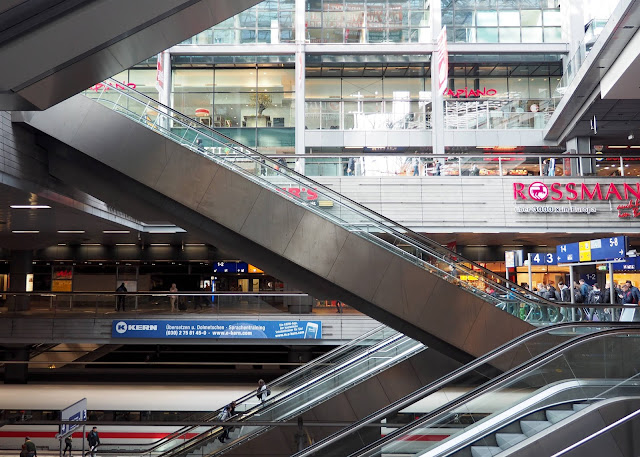 The high speed train platforms are at the lowest level of the station. Even though these are many levels below ground - the open design makes it feel bright and airy. 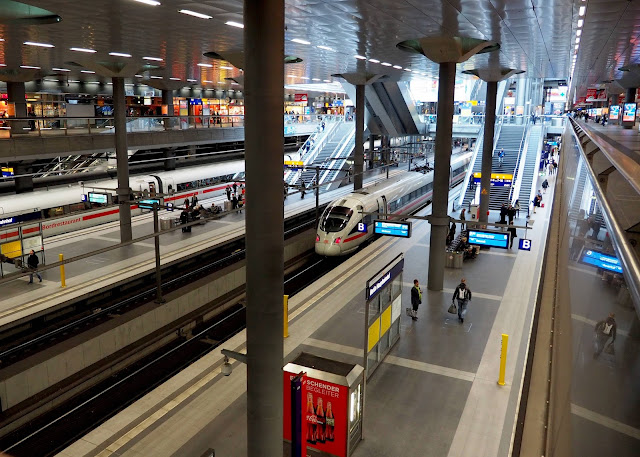 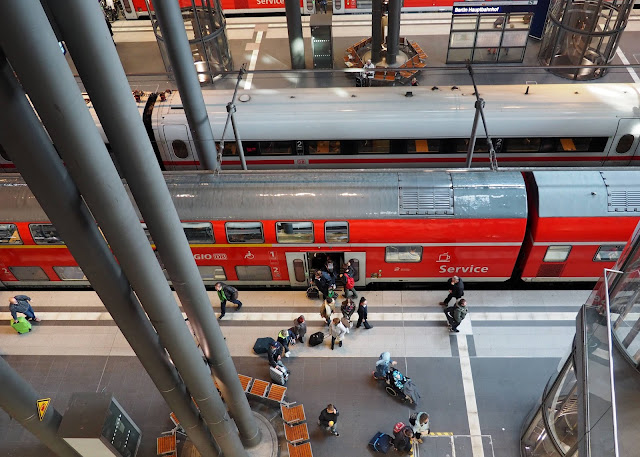 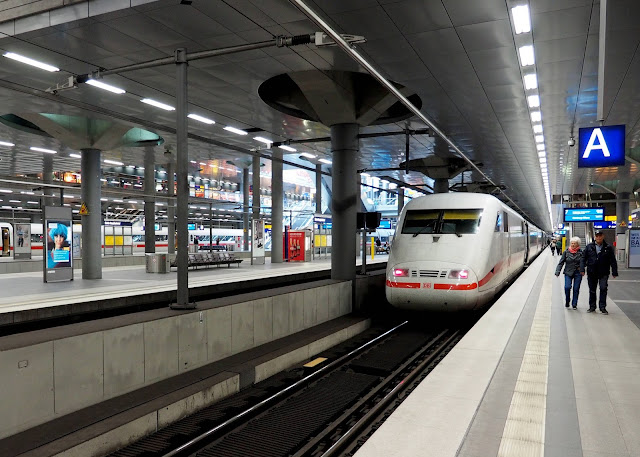