It is touristic, it is crowded, it is chaotic, it is a den for pick-pockets - and it is also one of the must-visit places in Barcelona. La Rambla is a boulevard which cuts through the centre of the old town. It is about 1.2km long and stretches from Placa de Catalunya in the North to the Columbus Monument in the South. Day and night you will see an endless stream of people - mostly tourists but many locals as well, walking along this popular street, soaking in the Barcelona atmosphere. 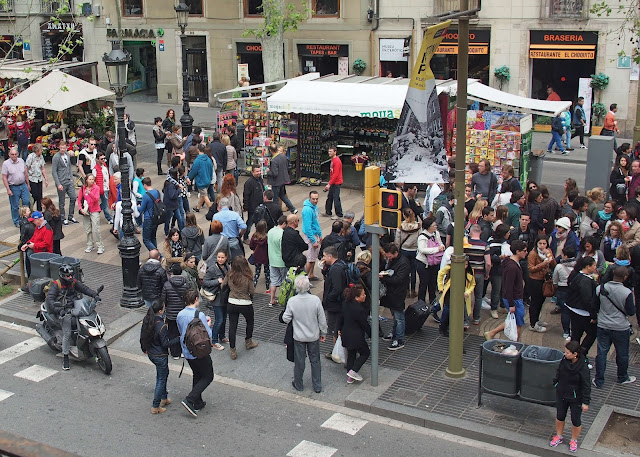 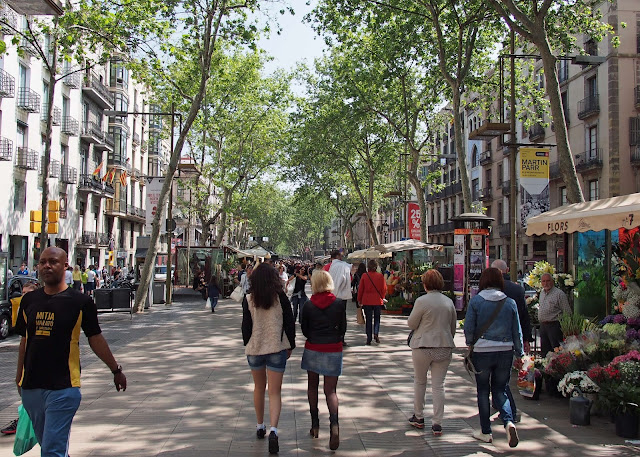 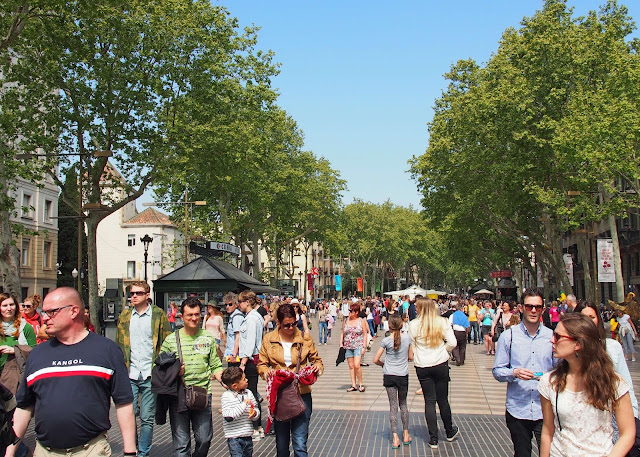 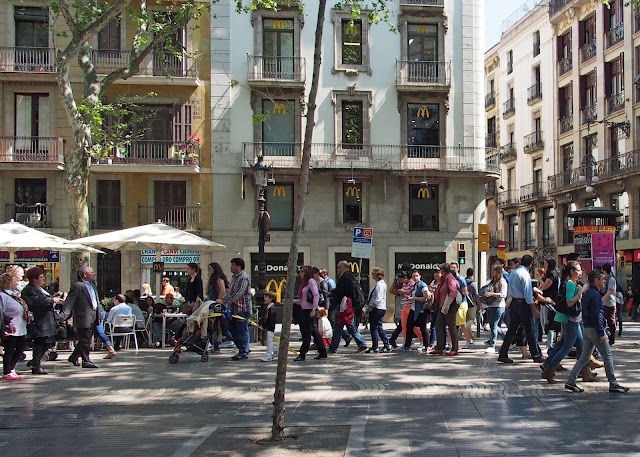 No tourist attraction worth its name in salt can get away without a tourist trap or two. Along La Rambla you will find many stalls waiting to separate you from your euros - if the pickpockets haven't got to them first. 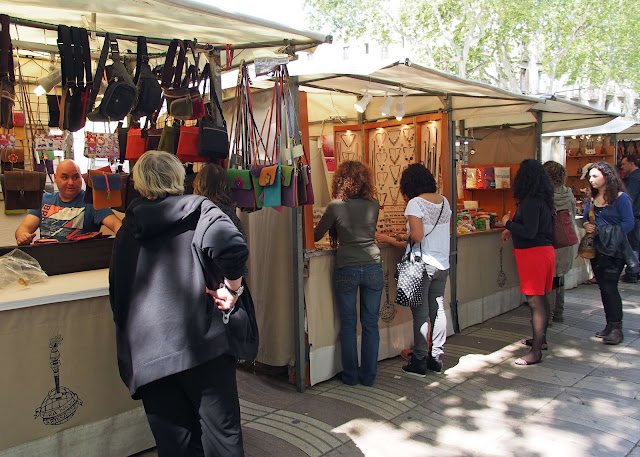 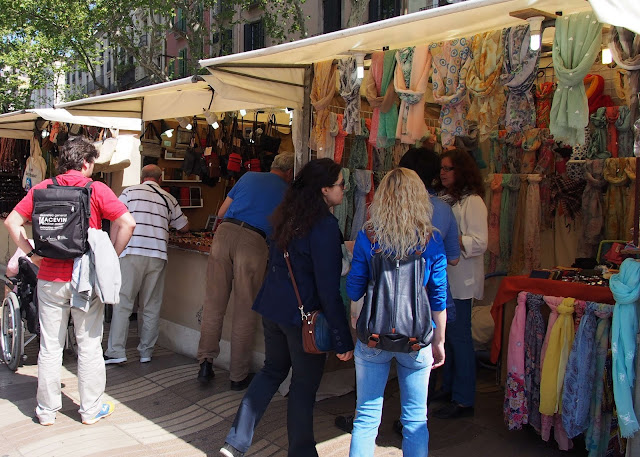 There are many attractions along La Rambla - lots of shops, cafes, restaurants and boutiques on both sides of the street and also on the street itself. You walk in the middle of the street which is a pedestrianized zone. It gets wider and wider towards the Southern end - which is where you will find many of the famous human statues. They are all really amazing. 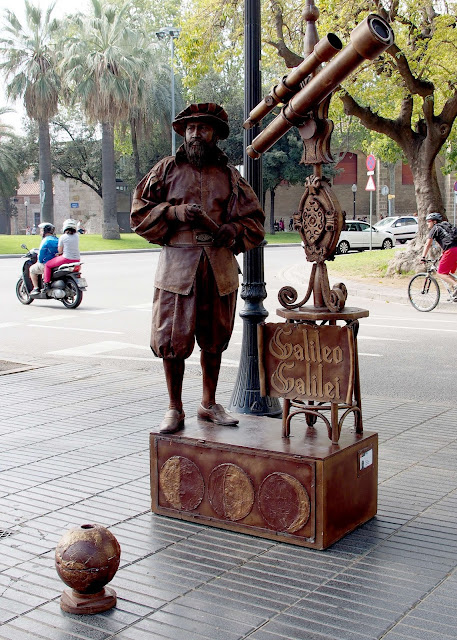 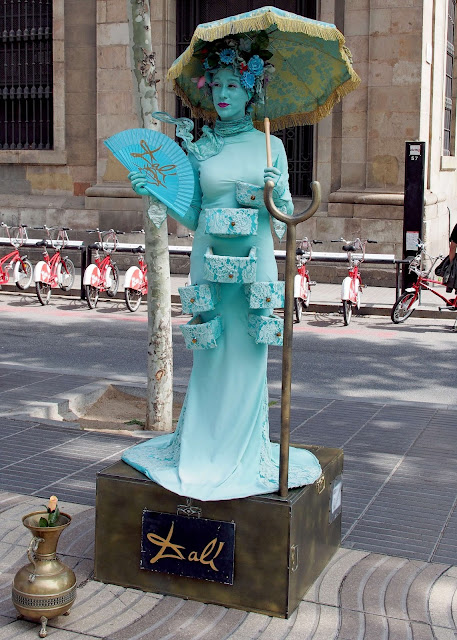 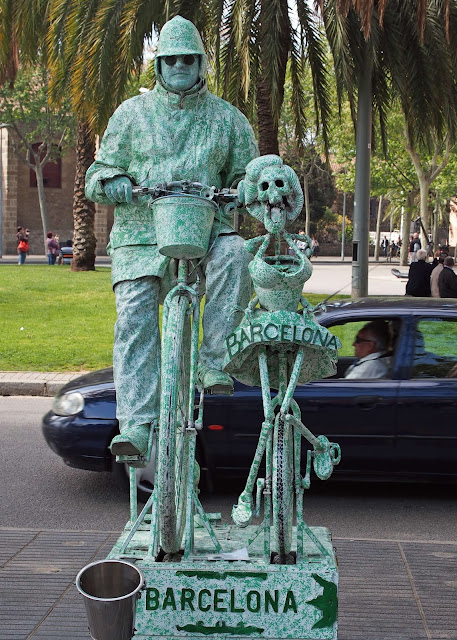 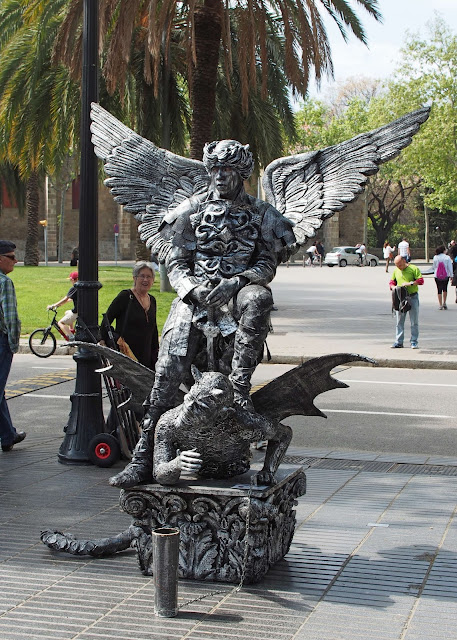 Barcelona is a stunning city and it is easy to get lost amidst the beauty of it. Unfortunately, it also has a huge pickpocketing and bag snatching problem - and the perpetrators prey on visitors. La Rambla is where many of them operate, so do take precautions as you wander around.
Email Post
Labels: Barcelona Europe Spain Travel