After my trip to Singapore in late 2013, I made another trip there a few months back - so I thought I would group the posts together. This time I was staying in the Chinatown area as I wanted to explore the Chinatown enclave which is slowly becoming one of the most interesting neighbourhoods in Singapore. While wandering around I came across the New Majestic Hotel, which I had read about many times before but never visited. Since I was there I went in for a look.

The boutique hotel was housed in a block of 3-storey old Straits-style shophouses. The facades have been preserved, but the interiors fully renovated for the rooms. The lobby area occupies the entire ground floor of the hotel and is surprisingly spacious. There is an understated reception counter at one end, and the rest of the space is filled with quirky period furniture and some art pieces. Right in the middle of the space was an installation with bookshelves and small curios - I was not sure whether it was meant as an exhibit or the items are for sale. 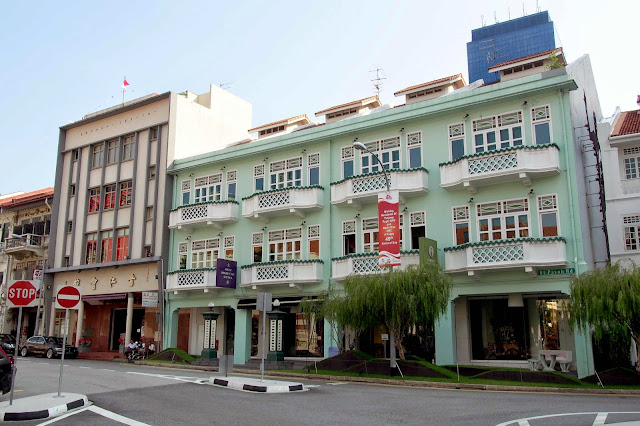 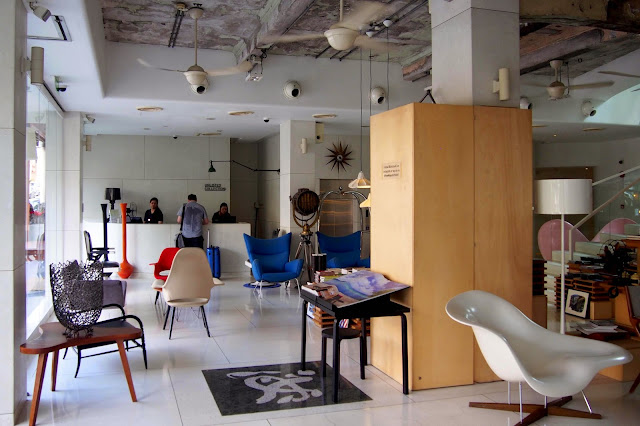 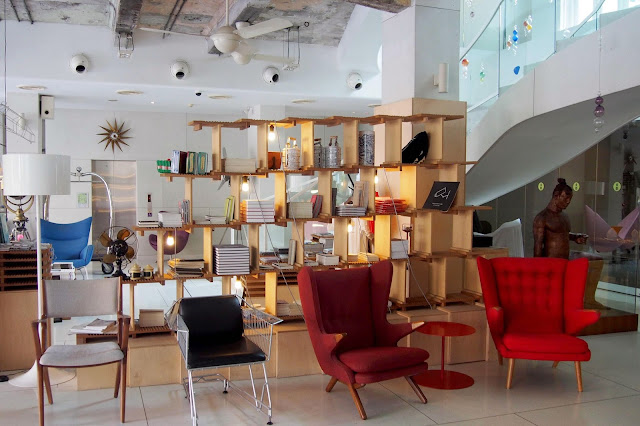 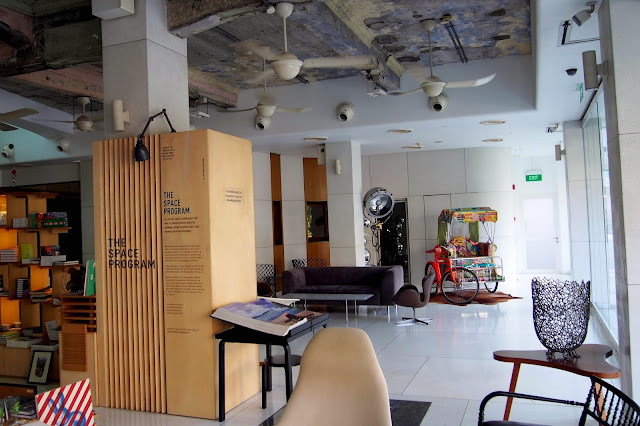 Some parts of the ceiling have been left bare to expose the original structure. This was a clever way of connecting the new renovation to the history of the building. 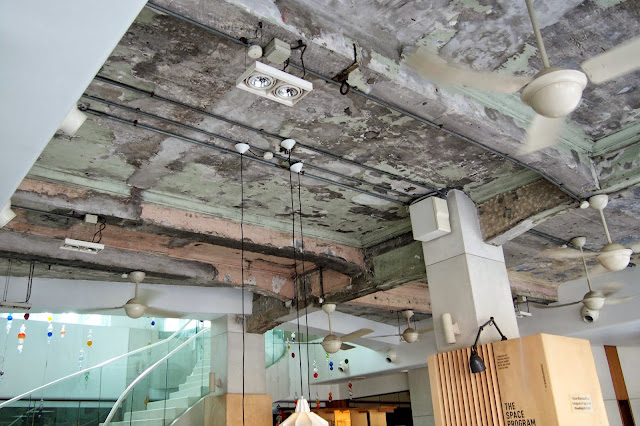 At the back of the lobby is a spiral stair that leads to the small pool. 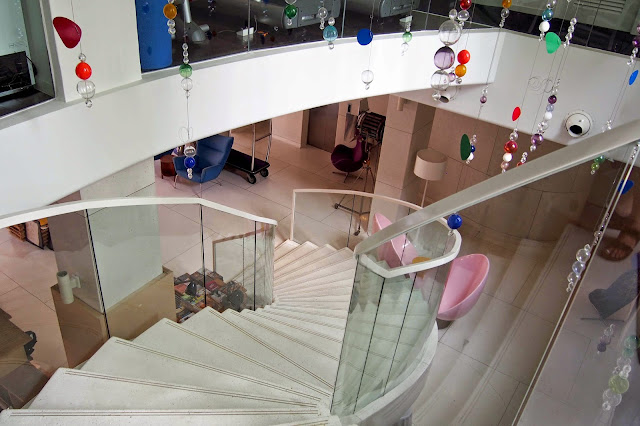 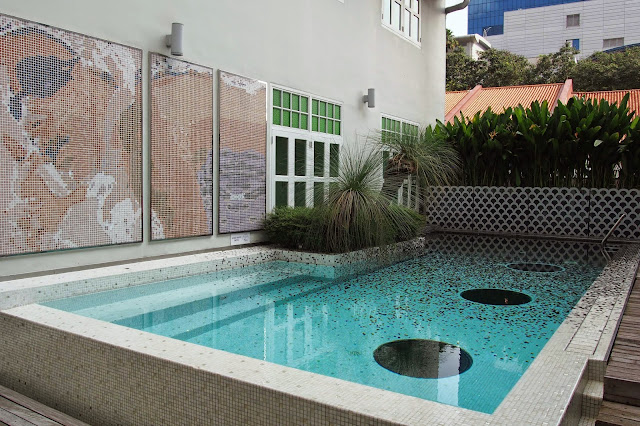 The New Majestic Hotel is a very stylish boutique hotel and if you are looking for something a bit unusual this is the place. The rates are also surprisingly reasonable compared to the normal 5-star hotels.