Is there anyone who does not know Taj Mahal? It must be one of the most famous buildings in the World - and long been listed among the 7 Wonders of the World. A mausoleum built by Mughal Emperor Shah Jahan for his wife - Mumtaz Mahal who died giving birth to their 14th child, it is considered one of the most perfect examples of Islamic architecture.

I had mixed feelings about visiting Taj Mahal. On the one hand - you feel the excitement of visiting one of the great wonders of the World. On the other hand - there is this deep anxiety of being disappointed. What if the building does not live up to the hype?

Shah Jahan brought in architects and artisans from Persia and middle Asia to work on the design and construction of the building. It was reputed that the workforce was more than 22,000. In accordance to Mughal tradition - Taj Mahal was conceived as a replica on earth of the house of the departed in paradise - and the garden was designed based on the paradise garden described in the holy Quoran. The architecture is a unique blend of Persian, Islamic, and Indian styles.

Taj Mahal stands out from the other Indian palaces and monuments owing to the white marble which covers the entire building - as ordered by Shah Jahan. Other Mughal buildings were primarily covered in red sandstone. 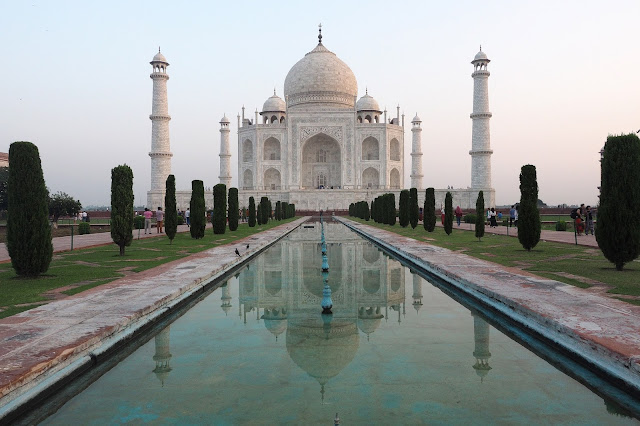 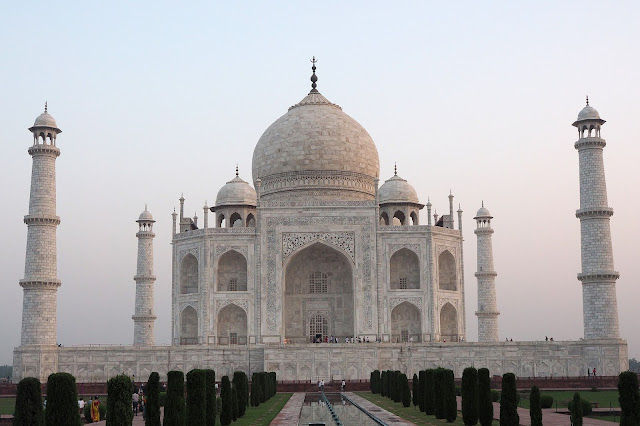 The white marble used in Taj Mahal is Makrana white marble - which changes shade with the light. Hence Taj Mahal takes on different tones at different times of the day. At dawn, it looks pinkish, during the day milky white - and under the moonlight, it turns golden. 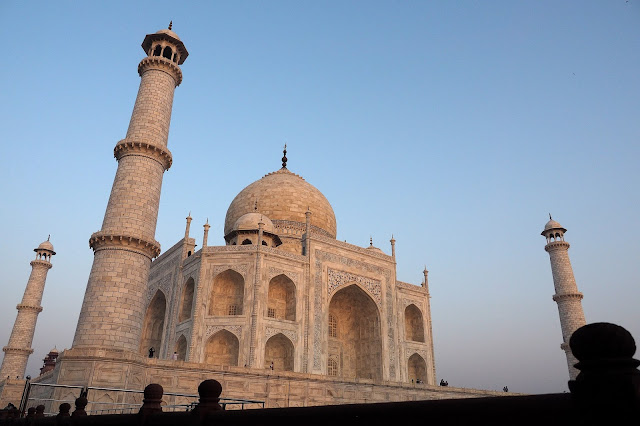 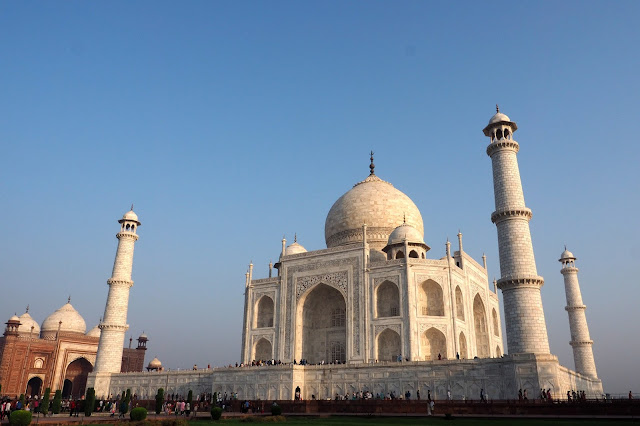 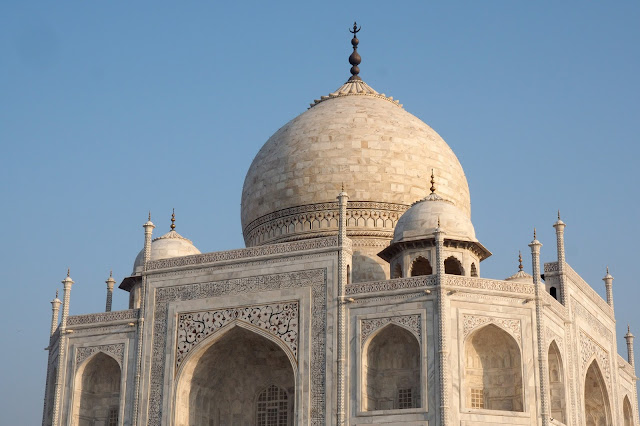 In the end - I was awed by Taj Mahal. It is difficult not to be. Though the building was actually smaller than I had expected - its elegance, beauty, and perfect symmetry won me over. That and the intricacy of every detail in the building - which must have been painstakingly put together by the immensely skilled craftsmen - make it a real wonder to behold. 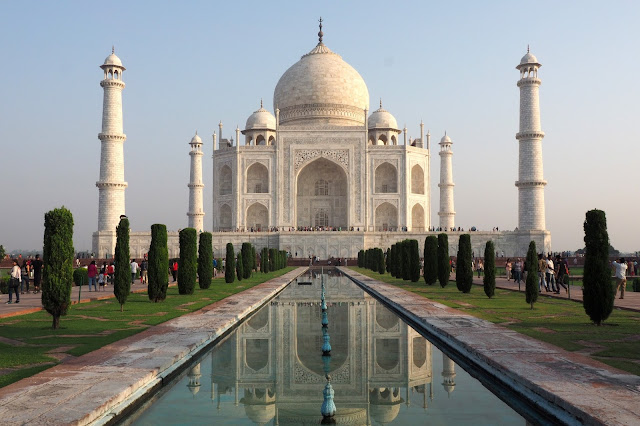