Hoi An boasts not one but two great Banh Mi outlets. Besides Banh Mi Phuong - there is Banh Mi Khanh which some people say is even better. She is called the Banh Mi Queen - I don't know how the title originated but it is plastered in large letters at the shopfront. Banh Mi Khanh is on Tranh Cao Van Street - a little bit further out of town towards the North. 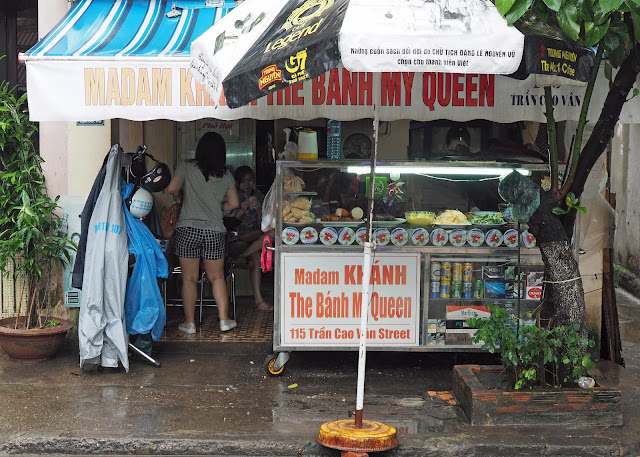 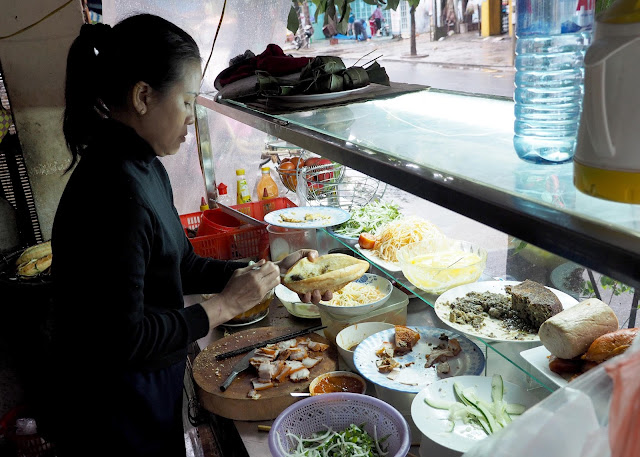 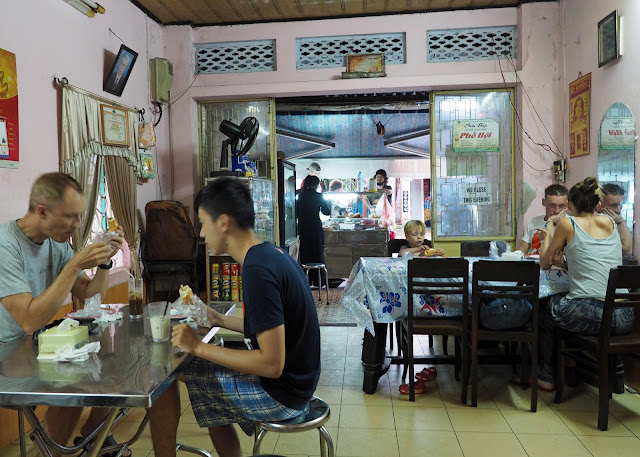 Mdm Khanh is now over 80 years old. When we went there she was not around - a much younger lady was making the Banh Mi. The most popular item here is the Banh Mi with fried egg - and that was what we ordered. 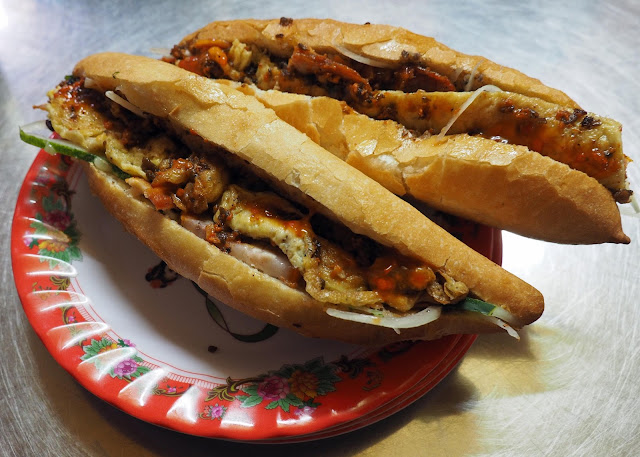 The baguette is just as good as Banh Mi Phoung's, and the fillings were very flavourful. On the whole though I think Banh Mi Phoung's Banh Mi has a slight edge over Mdm Khanh's. However I'll be happy to have either one any day.