Emperor Khai Dinh was the 12th Emperor of the Nguyen Dynasty. By the time of his reign, the French had already taken over Vietnam. Among the emperors, he was the most submissive and was installed by the French more or less as a puppet. Needless to say, he was very unpopular and had been accused of selling out to a foreign power. In exchange, he got to live a lavish lifestyle as a puppet ruler. 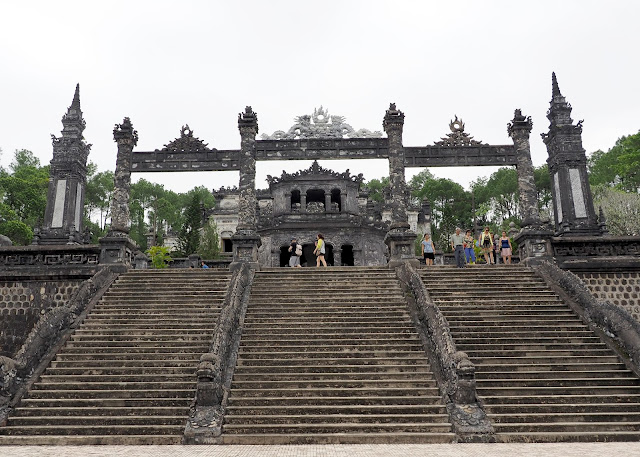 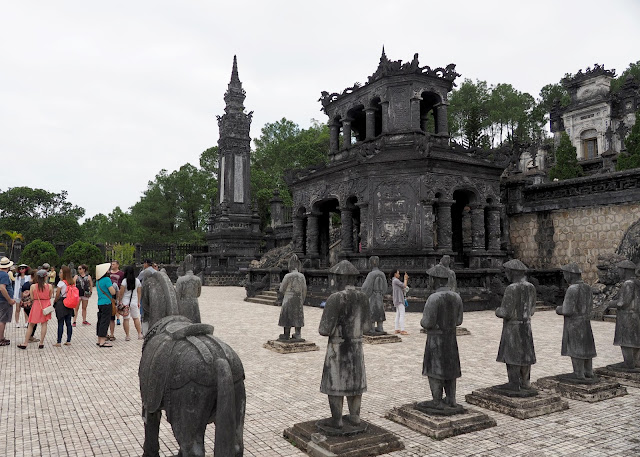 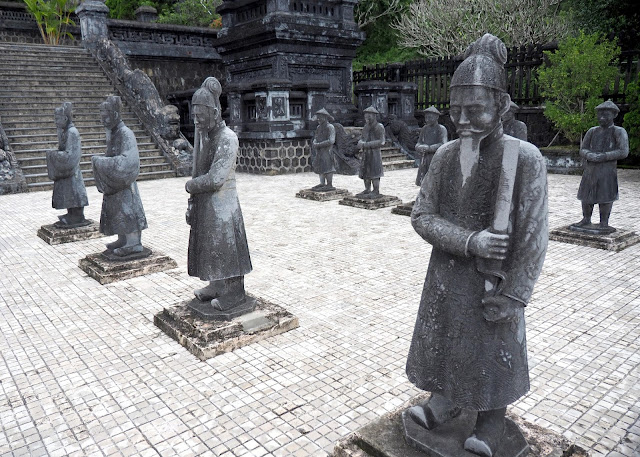 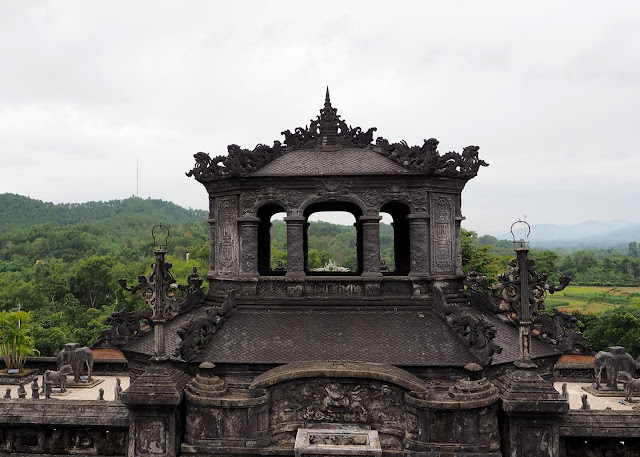 Khai Dinh started to build his lavish tomb in 1920. It took 11 years to complete and taxes had to be raised to finance this palatial tomb. No expenses were spared in building the tomb. The most impressive is the Khai Thanh Palace - where the walls inside are adorned with intricate broken porcelain. There is even a bronze statue of Khai Dinh over his grave which was cast in Marseilles. 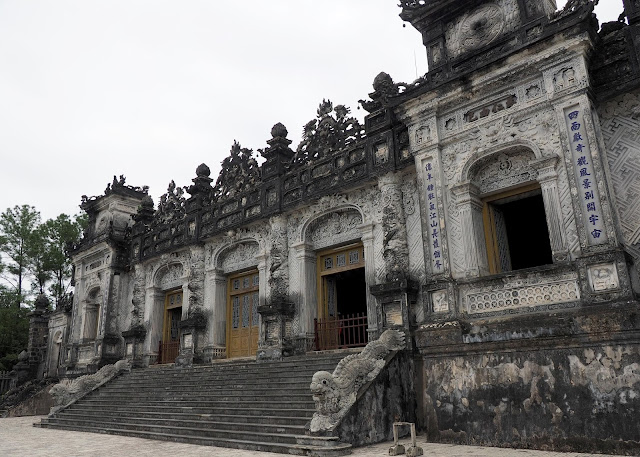 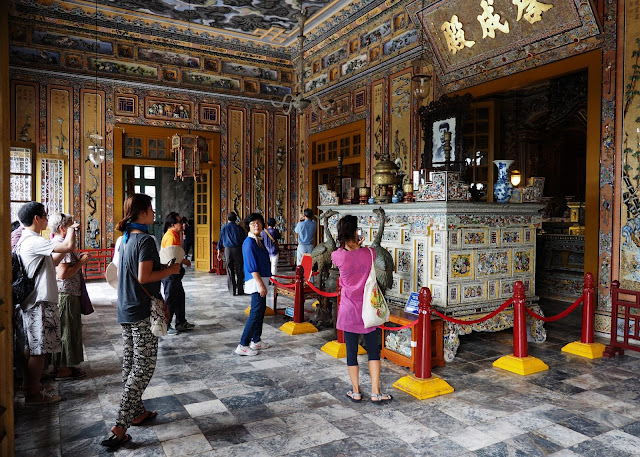 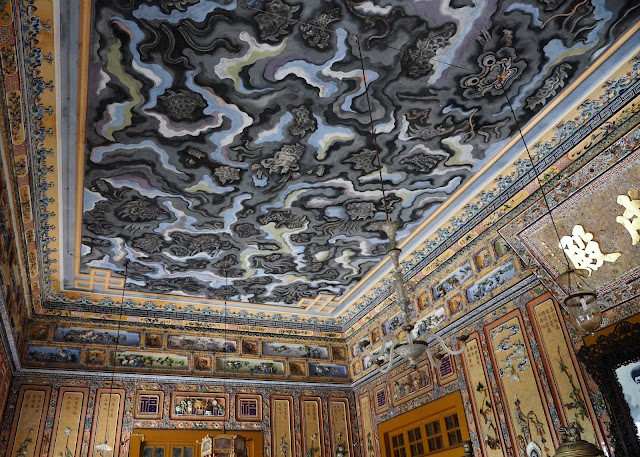 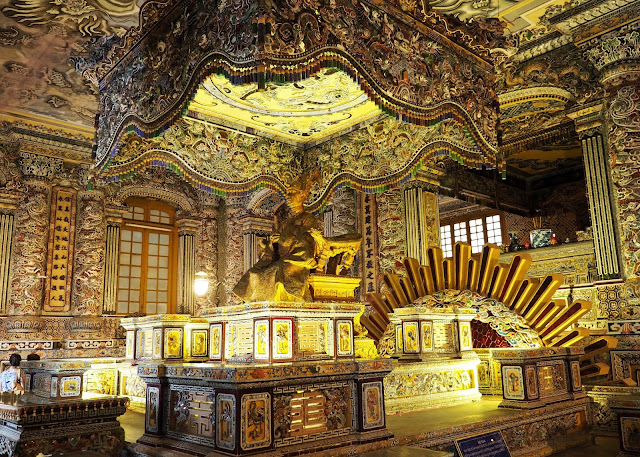 The broken porcelain decoration on the walls is exquisite. 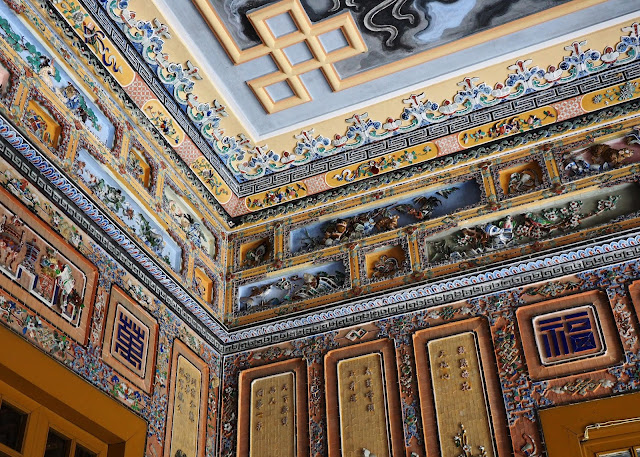 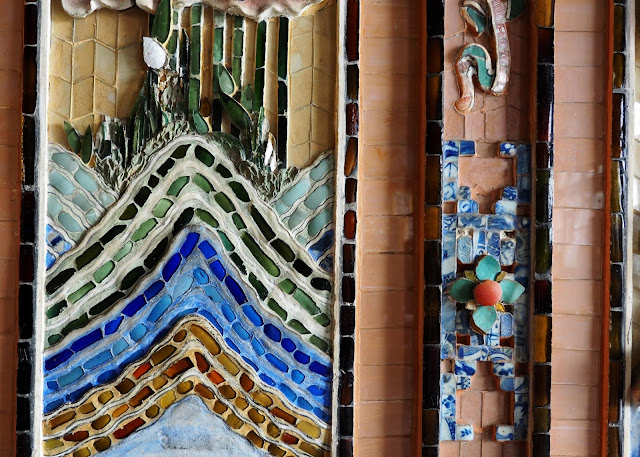 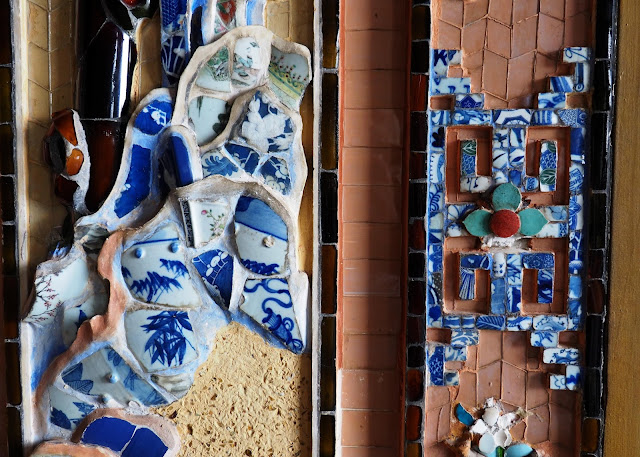 If you only have time to visit one of the Imperial Tombs, make it Khai Dinh's Tomb. The interior of Khai Thanh Palace alone is worth the visit.