Valencia is said to be the birthplace of the popular Spanish dish paella - though some may beg to differ. I have met a Portuguese chef who swore that it was the Portuguese who though the Spaniards how to cook paella. As with all things culinary - there are bound to be arguments over the pedigree of a special dish. We were looking for a restaurant for an authentic paella lunch and came across this quaint restaurant near the Valencia Cathedral called Bodega de la Sarieta. The restaurant is in a very quiet small lane - not easy to find if you don't have GPS. It looks small from the outside - but is surprisingly spacious inside. The decoration is very quaint and homely. 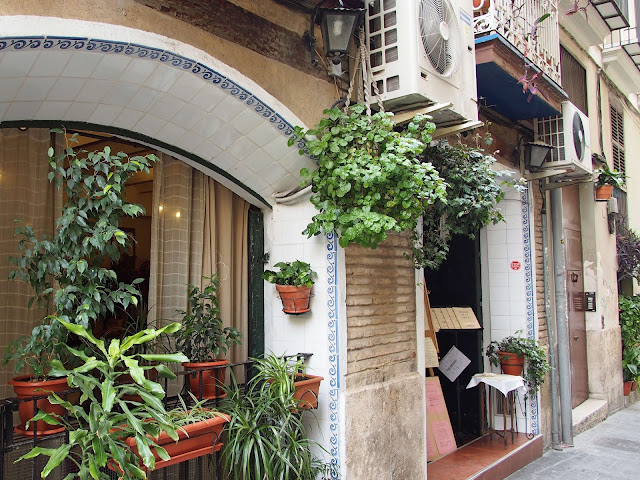 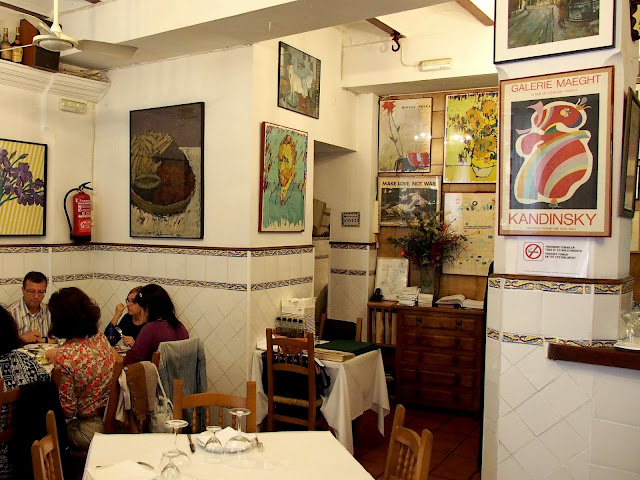 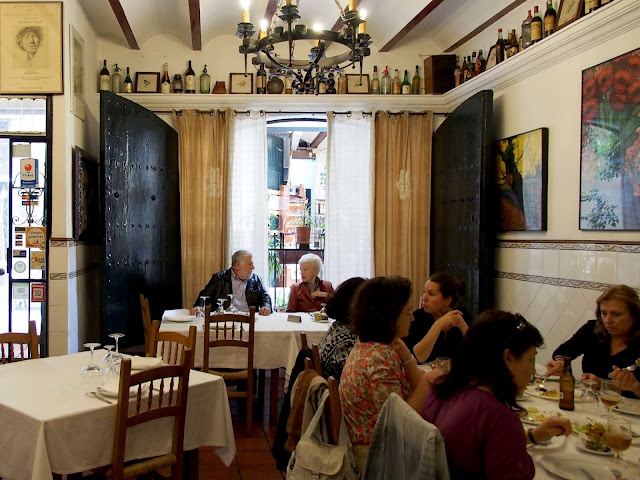 We decided to order as many types of paella as possible - so that we can have a taste of all the different varieties. The most traditional is Valencian Paella - made with rice, green beans, chicken and tomatoes. It is delicious. 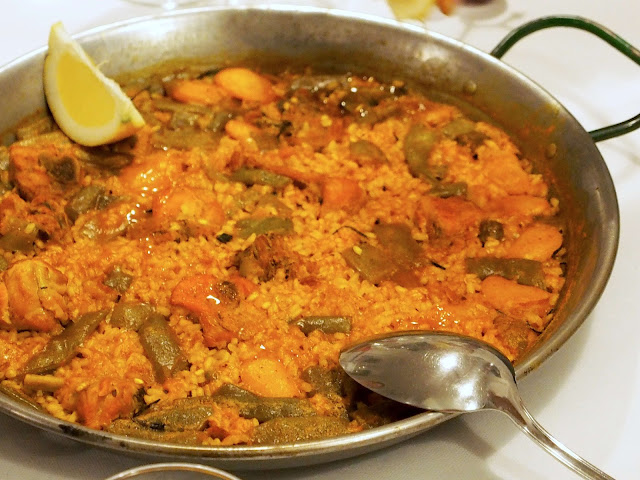 Seafood paella is a variation of the traditional paella - with seafood such as prawns and clams replacing the meat. The version below is made with noodles instead of rice - hence it is actually a Fideau. It is just as delicious. 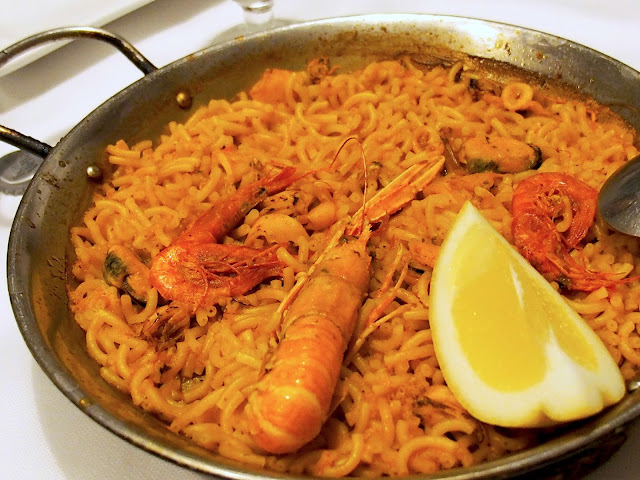 Squid Ink Paella is not commonly seen outside of Spain. It may not look very pretty, but the version here is really outstanding. The crispy bits which stick to the bottom of the pan are so tasty. 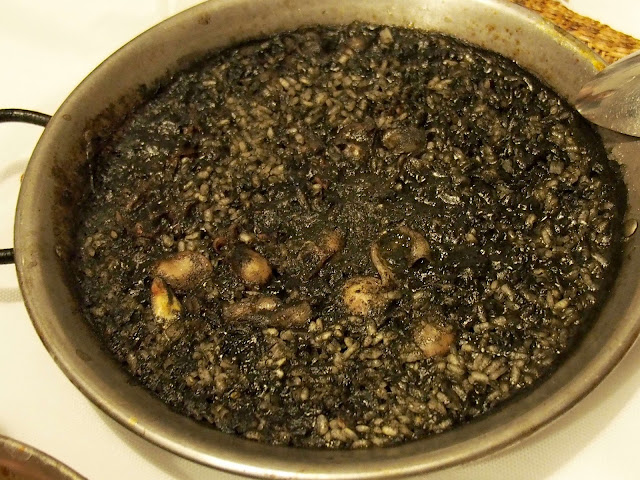 The Vegetable Paella is also surprisingly rich in flavours. The secret must be in the preparation of the stock. 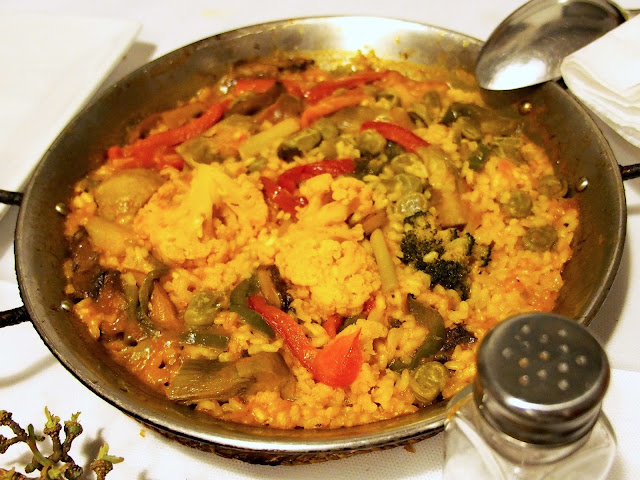 There are other versions of the paella e.g. with oxtail, beef, etc. But the traditional ones are still the best. 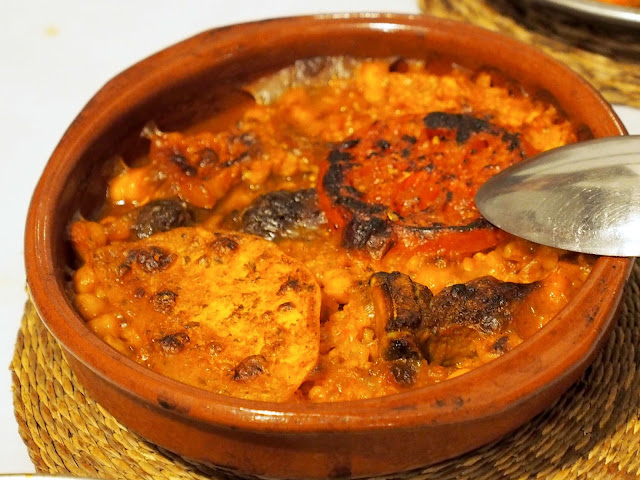 We also ordered an Angulas salad - a salad with baby eels. Angulas are a Spanish delicacy and extremely expensive. The "baby eels" you see in the salad are actually noodles made to look like the real thing. There is not much taste and aside from the novelty nothing to write home about. 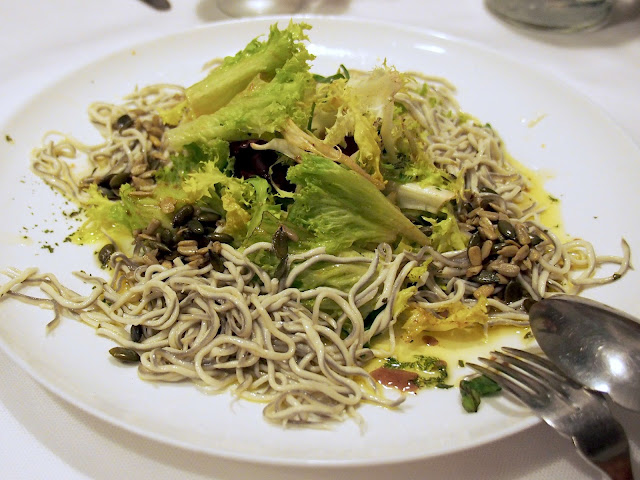 Bodega de la Sarieta is a very nice and homely restaurant. The service is good, and the food especially the paella is excellent. Will definitely go back.