Most visitors to Madrid probably miss it, but there is actually a river running through the city. The Rio Manzanares runs along the Western side of the city and actually touches the Royal Palace before winding towards the south-east. There used to be a highway running along the river, cutting the river off from most parts of the city. In 2008, plans were unveiled to move the highway underground and to convert the area above into parks and recreational spaces. It was a very wise move - instead of turning over the spaces to developers who would have covered all the areas with apartment buildings.

The park is stretched over 10km and filled with landscaped gardens and sports facilities. A series of old and new bridges link the 2 sides of the river banks. One of the most beautiful old bridges is the Puente de Toledo. It was built in the 17th Century and one of the finest examples of Spanish Baroque style. 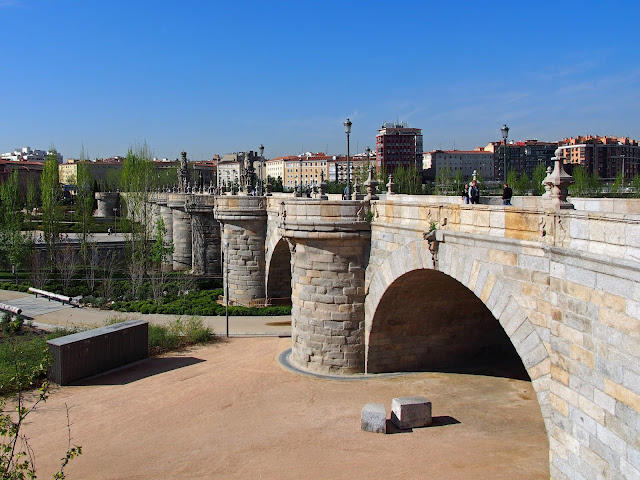 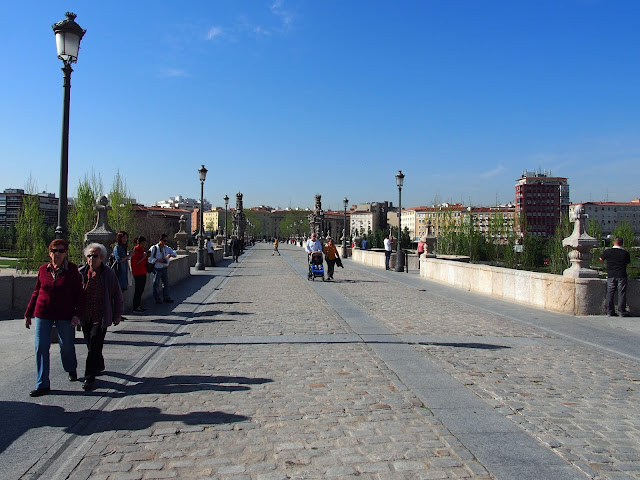 The Park is huge and impressive and beautifully landscaped. 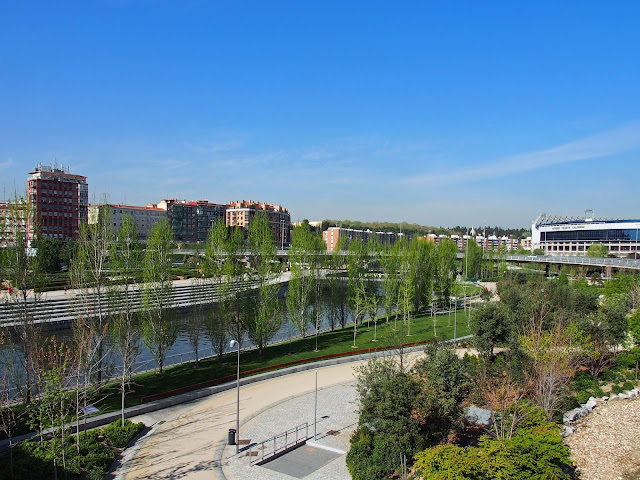 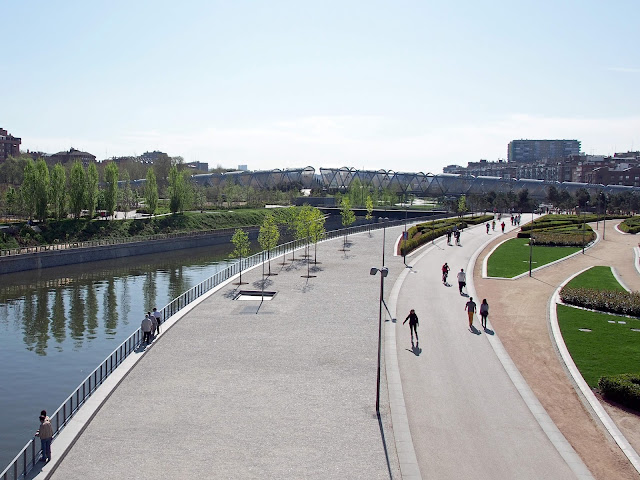 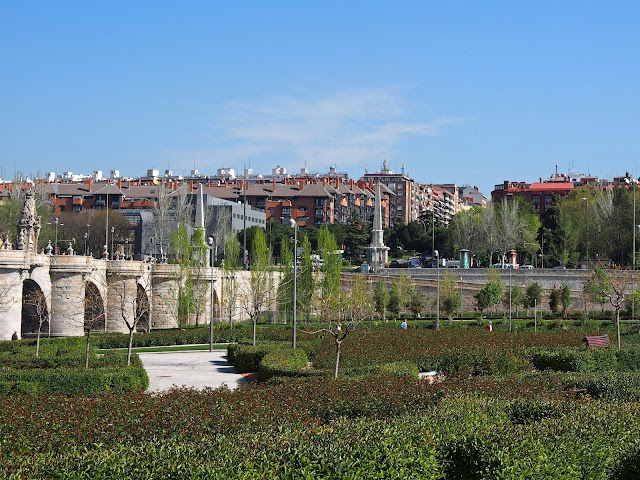 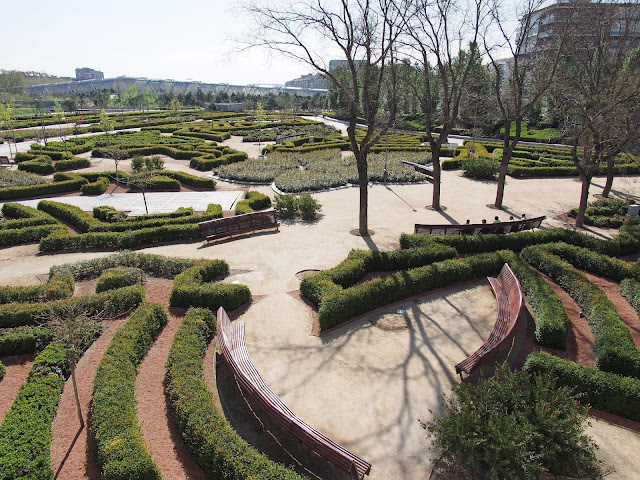 Of the modern bridges, we only managed to see one -  the Arganzuela Footbridge. It was designed by French architect Dominique Perrault. The design of the bridge is based on 2 spirals intersecting each other - like the DNA double-helix. Some sections of the spirals are open - and some are covered by metal wire mesh which shades the sun. To me, it looked a lot like the sandworms in Dune. 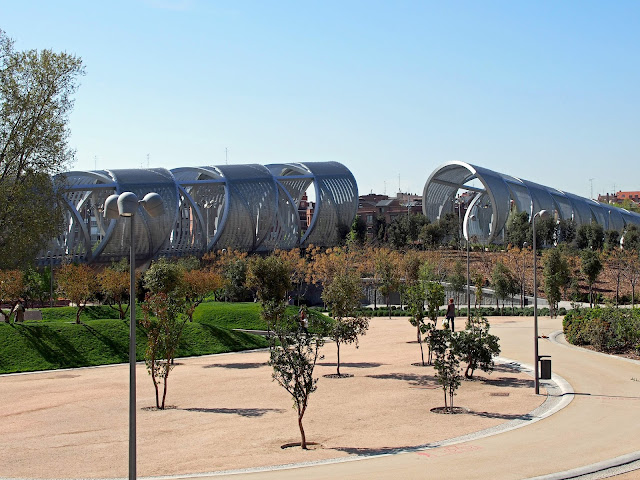 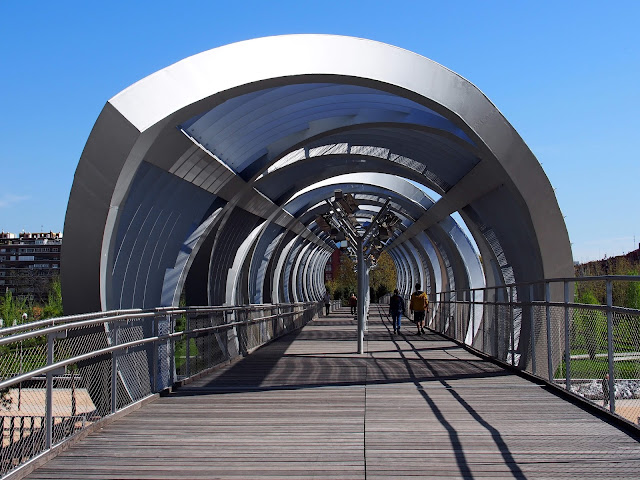 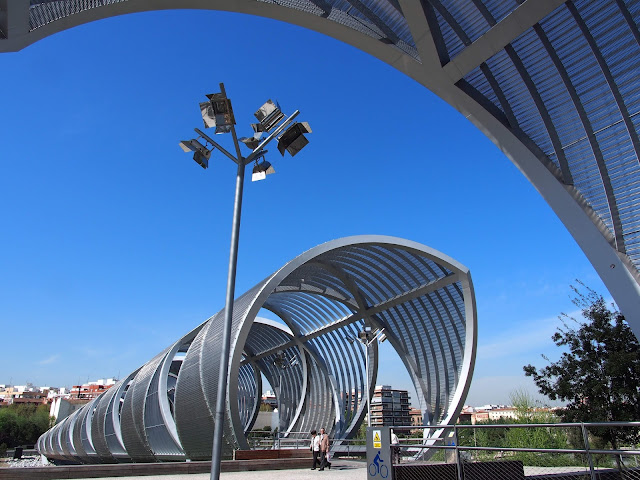 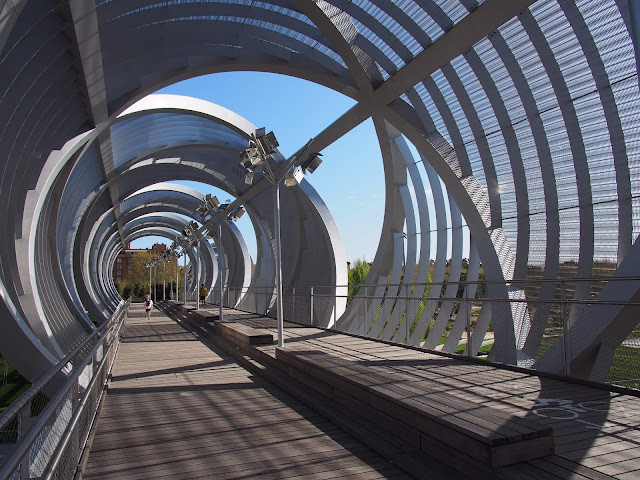