Since I had a bit of time before my dinner appointment, I decided to revisit another original hotspot - Clarke Quay. When it first opened Clarke Quay generated a lot of buzz - not least for the quirky architectural interventions by British architect Will Alsop. It was his first major project in Asia at the time - and the signature sci-fi and cartoonish design was quite a contrast to the usually staid and some would say boring designs in Singapore at the time. I still remember there was a themed restaurant there called The Clinic or The Hospital - where the decor was like an operating theatre and the waitstaff dress in hospital uniforms - and it caused quite a bit of scandal. 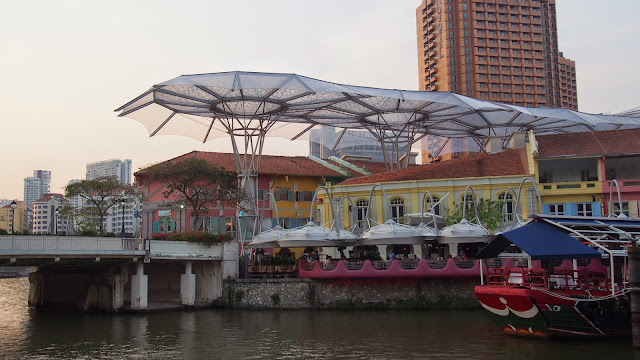 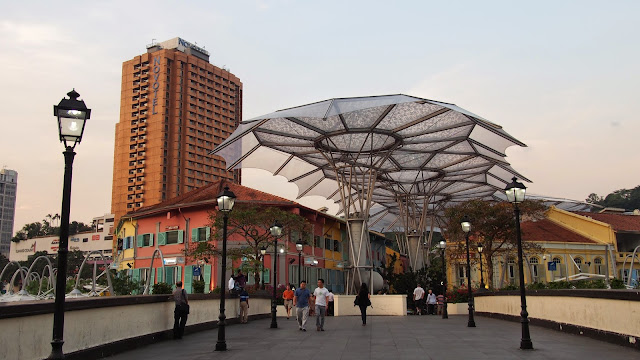 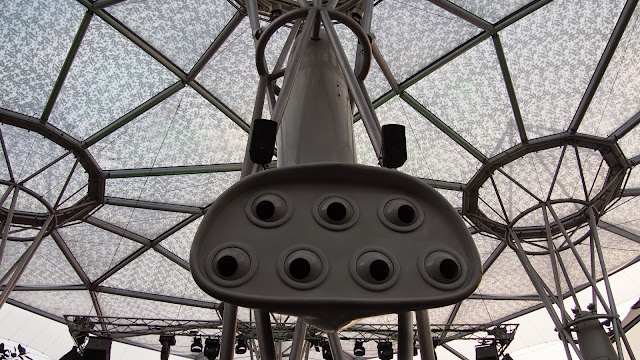 Walking around Clarke Quay today - not a lot has changed - except that most of the outlets are new or at least I could not recognize them. This project was done at a time when architectural conservation in Singapore meant taking over a place wholesale - stripping everything out and redoing everything in a homogeneous "heritage" style. The supposed old buildings show a lack of detail and depth - and on the whole, there is a cardboardy theme-park feel to the place. The umbrella-like insertions by Alsop provide much-needed shade from the elements - while at the same time made the place look a lot more interesting than it otherwise would have been. 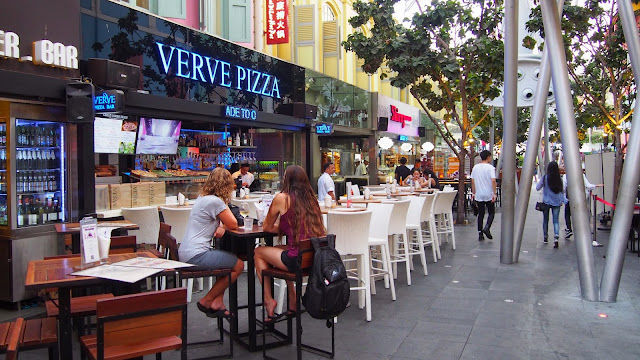 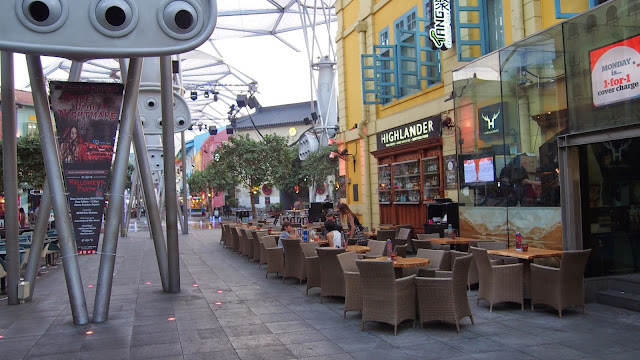 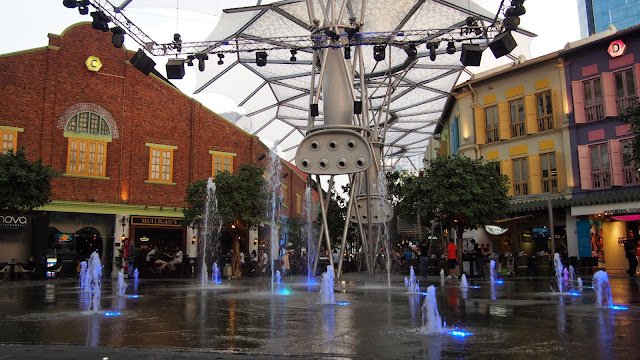 Along the river, Alsop had introduced covered terraces that look like colourful boats - echoing the wooden boats that used to ply these waterways.  Today these have been converted into leisure boats taking tourists for leisure cruises on the river. 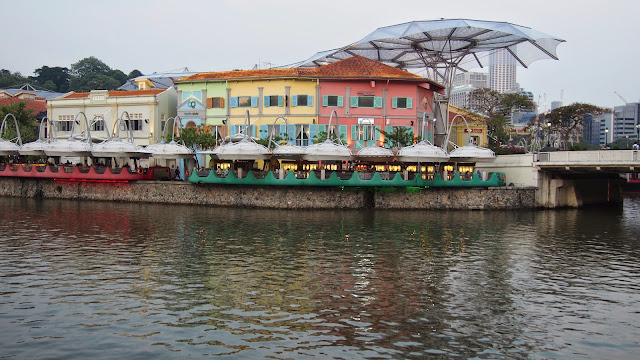 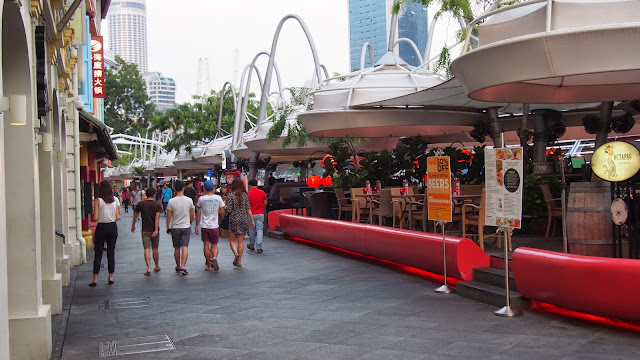 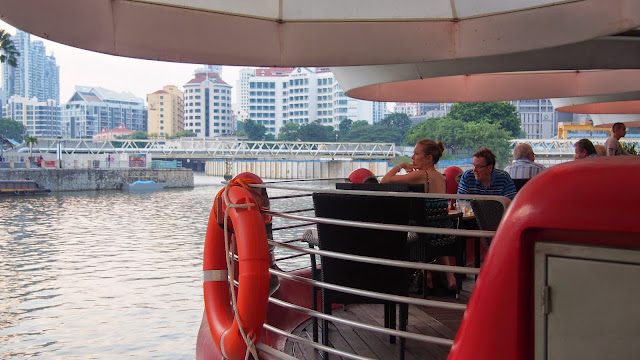 The mix of outlets at Clarke Quay is more clubs and pubs for the drinking crowd - not really my scene.I won't be in a hurry to go back.