Shenzhen & Dongguang 2010 - Window of The World

Shenzhen City is not a tourist magnet and doesn't pretend to be. It is a city built for commerce, and that's what makes it tick. However like many other cities in China - the lure of the tourist dollar is irresistable, and Shenzhen is also beginning to build attractions to cash in on the tourist boom. Contrary to what you may think, in China domestic tourists far outnumber the backpacking Westerner and many of the attractions are targeted at the Chinese rather then the foreign visitor.

Window of The World is a theme park in the western part of Shenzhen City occupying an area of over 48 hectares. It features replicas of historical monuments and buildings from all over the World, including The Pyramid, Eiffel Tower, The Acropolis, Taj Mahal, the Leaning Tower of Pisa, even the Sydney Opera House. It looked like a great place for kids that is not only fun but also educational. For the Chinese tourists, it offers them a glimpse of the World which they may not have the opportunity to see otherwise. 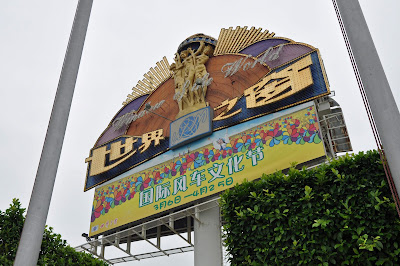 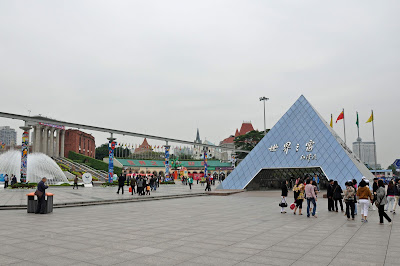 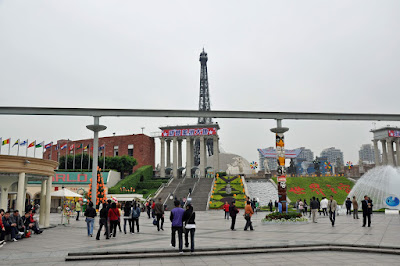 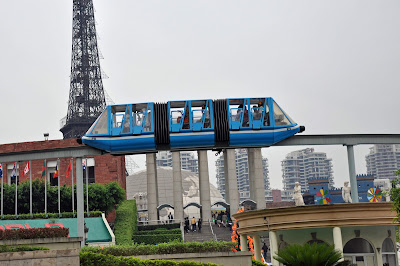 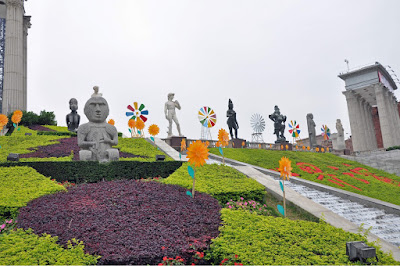 Entrance fee is RMB 120, quite expensive by Chinese standards. We decided just to take a look outside as we didn't have time to fit this into our schedule.
Email Post
Labels: Dongguang Shenzhen Travel