The Academy has 3 campuses in Hangzhou. The new campus at Xiangshan was planned and designed by Professor Wang Shu. The story was that the Academy organized an internal competition among the academic architects, and it was won by Wang Shu. It is quite amazing that they then entrusted the planning and architecture entirely to him - who up till then had built very little. Instead of using architectural typologies borrowed form the West - Wang Shu's approach is to look into Chinese architectural and craft traditions to produce architecture that has distinctive Chinese characteristics - and yet modern and progressive in its outlook. 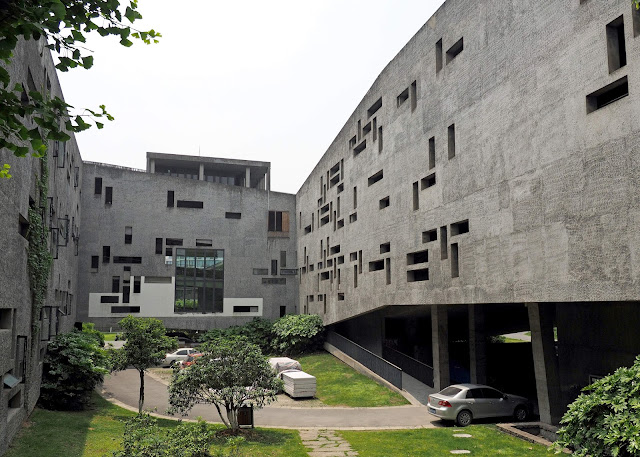 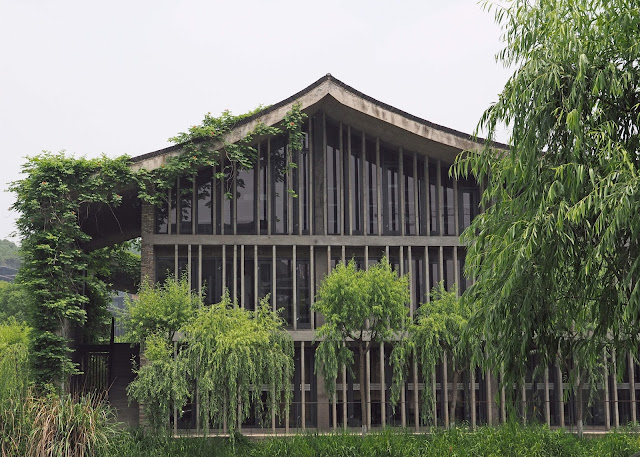 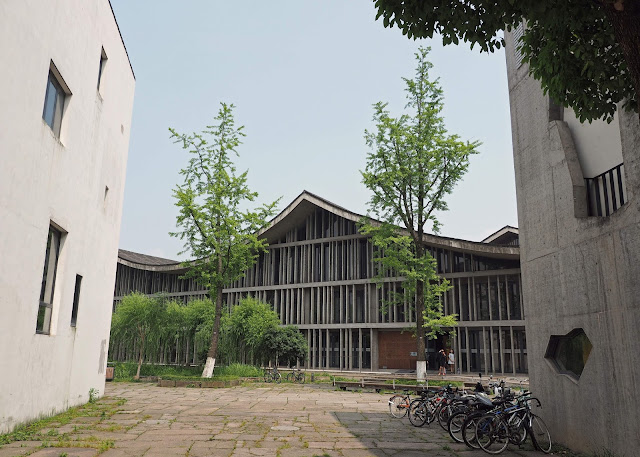 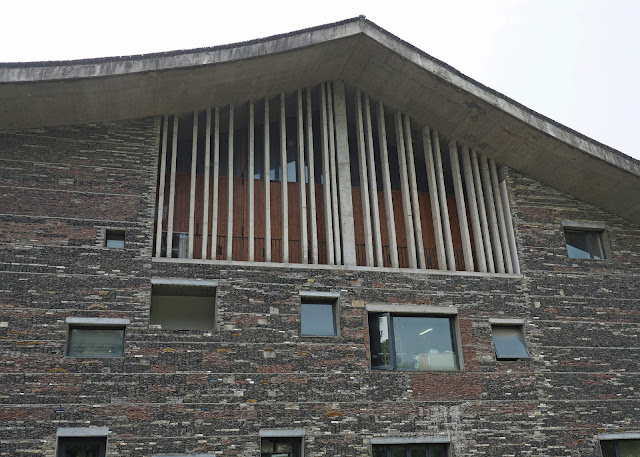 The architectural language is varied yet consistent. 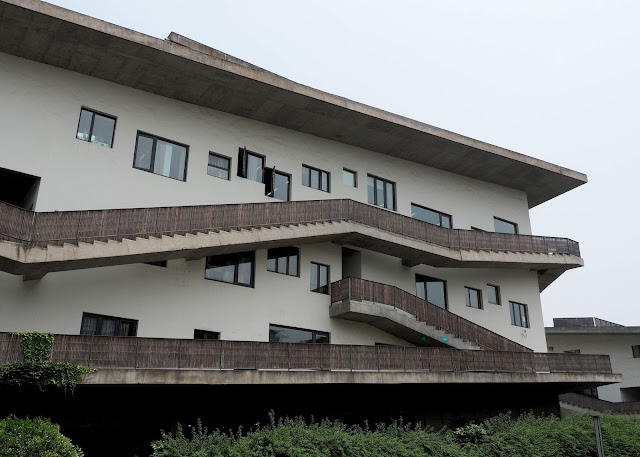 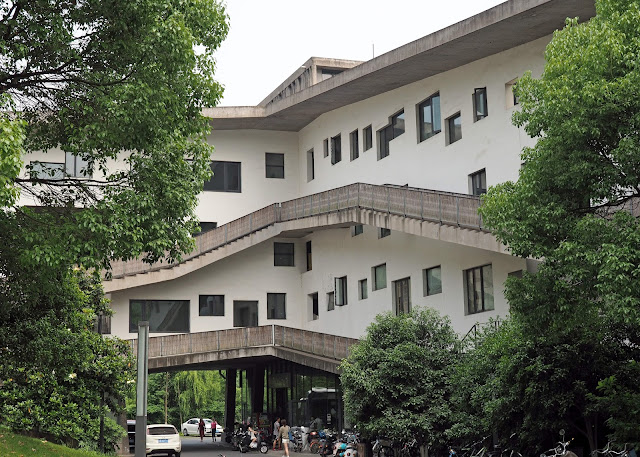 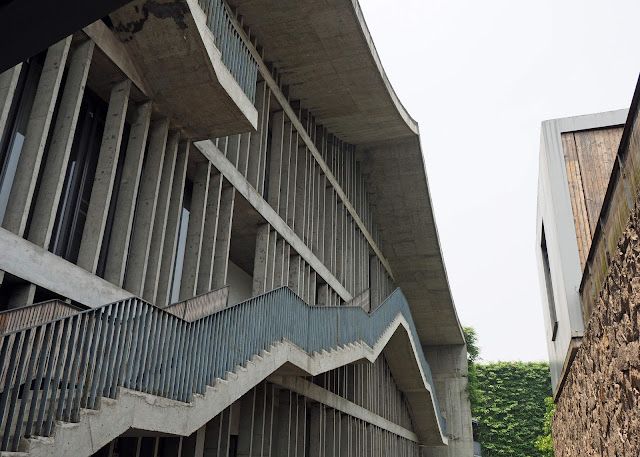 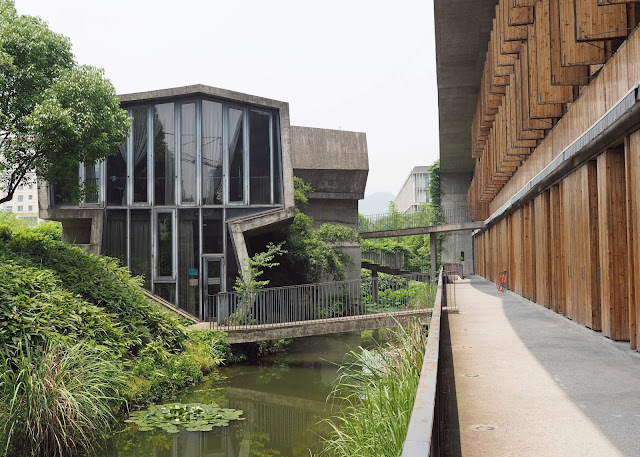 There are many distinctively Chinese elements in the design - but highly abstracted and modernized. 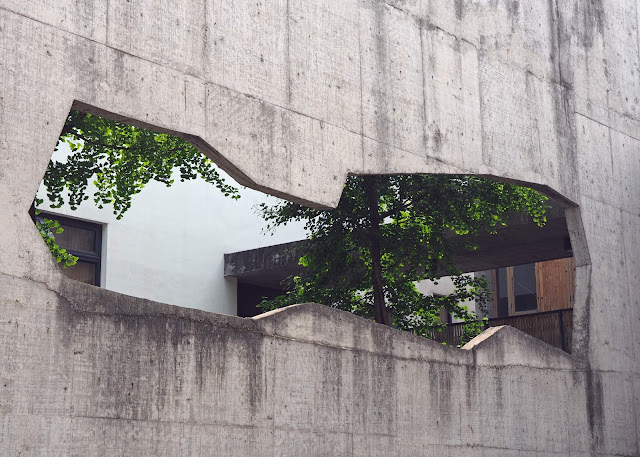 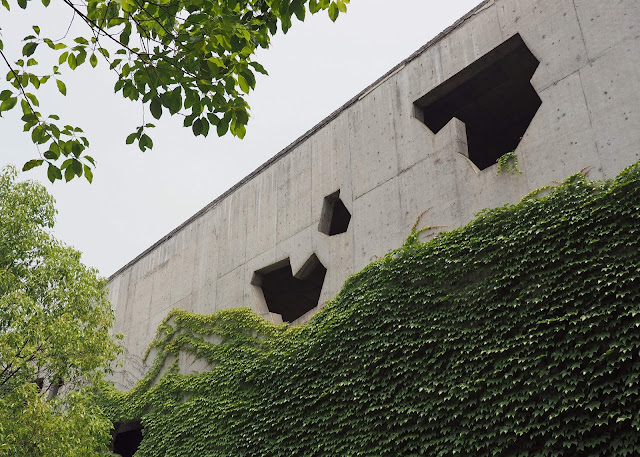 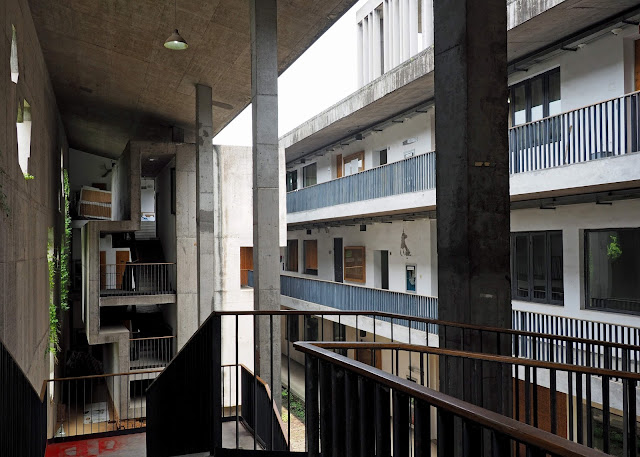 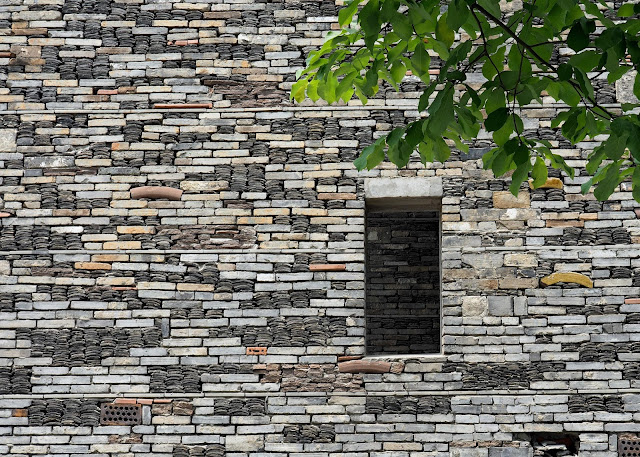 The buildings at the China Academy of Art are an impressive body of work. I can't think of anywhere else where you can see so many buildings designed by the same architect. Here what is most fascinating is that you can see the evolution of ideas and strategies which shaped the production of great architecture.