Ximending is often called the "Harajuku of Taipei" as it is very popular with local young fashionistas. This is indisputably the centre of youth culture and fashion in the city, and very popular with visitors as well due to the colourful and interesting mix of shops, cafes, pubs, clubs and fashionable people.

The famous junction at Ximending Station. 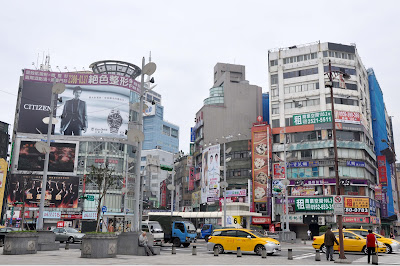 Ximending by day. Most of the shops open late so there isn't much to do except window shopping. 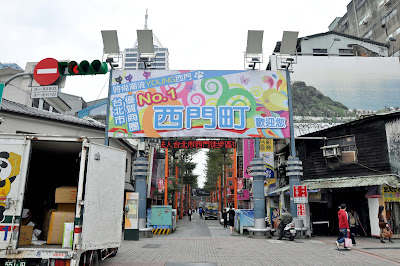 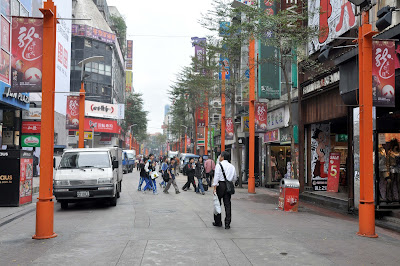 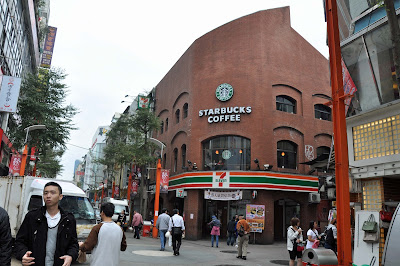 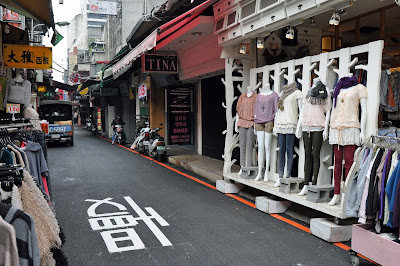 By night the place comes alive with the lights and the sight and sound of thousands of people out to have a good time. This is a great place to check out street fashion in Taipei. 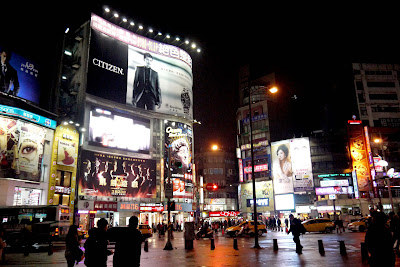 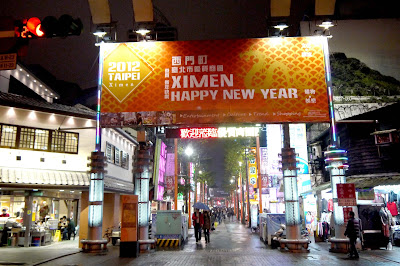 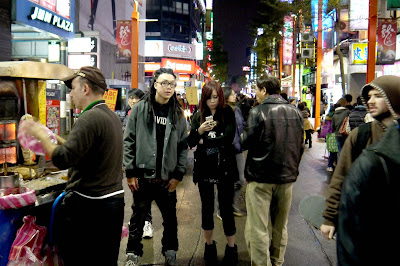 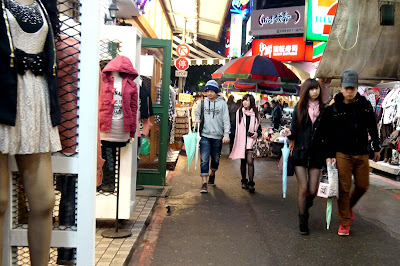 Ximending is located in the Wanhua District (Western side of Taipei), one of the oldest districts in Taipei. The area was pedestrianized in the 90s in an urban renewal effort, and has become extremely popular ever since.
Email Post
Labels: shopping Taipei Taiwan Travel